70% of Americans Rarely Discuss the Environmental Impact of their Food

Consumers are willing to eat a more plant-based diet if they have more information on their food. 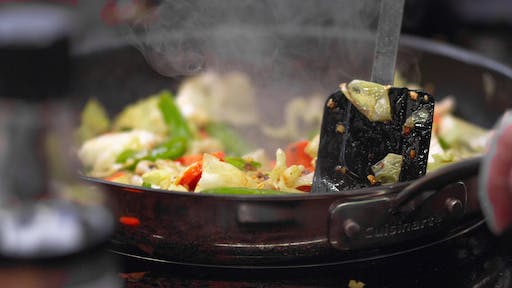 American consumers are hungry for more climate-friendly plant-based diets, but they need more information, according to results from a national survey released by Earth Day Network (EDN) and the Yale Program on Climate Change Communication (YPCCC).

The report, titled “Climate Change and the American Diet,” found that half (51%) of Americans surveyed said that they would eat more plant-based foods if they had more information about the environmental impacts of their food choices. However, 70% rarely or never talk about this issue with friends or family. Nearly two-thirds of the Americans surveyed report having never been asked to eat more plant-based foods, and more than half rarely or never hear about the topic in the media.

However, the report found that more than half of Americans are willing to eat more vegetables and plant-based alternatives and/or less red meat. Additionally, consumers are already changing their diets and purchasing habits in favor of plant-based foods.

Although four percent of Americans self-identify as vegan or vegetarian, 20% choose plantbased dairy alternatives about two to five times a week or more often. Roughly the same percentage choose not to buy products from food companies that are not taking steps to reduce their environmental impact.

“Many American consumers are interested in eating a more healthy and climate-friendly diet,” said Anthony Leiserowitz of Yale University. “However, many simply don’t know yet which products are better or worse — a huge communication opportunity for food producers, distributors and sellers.” 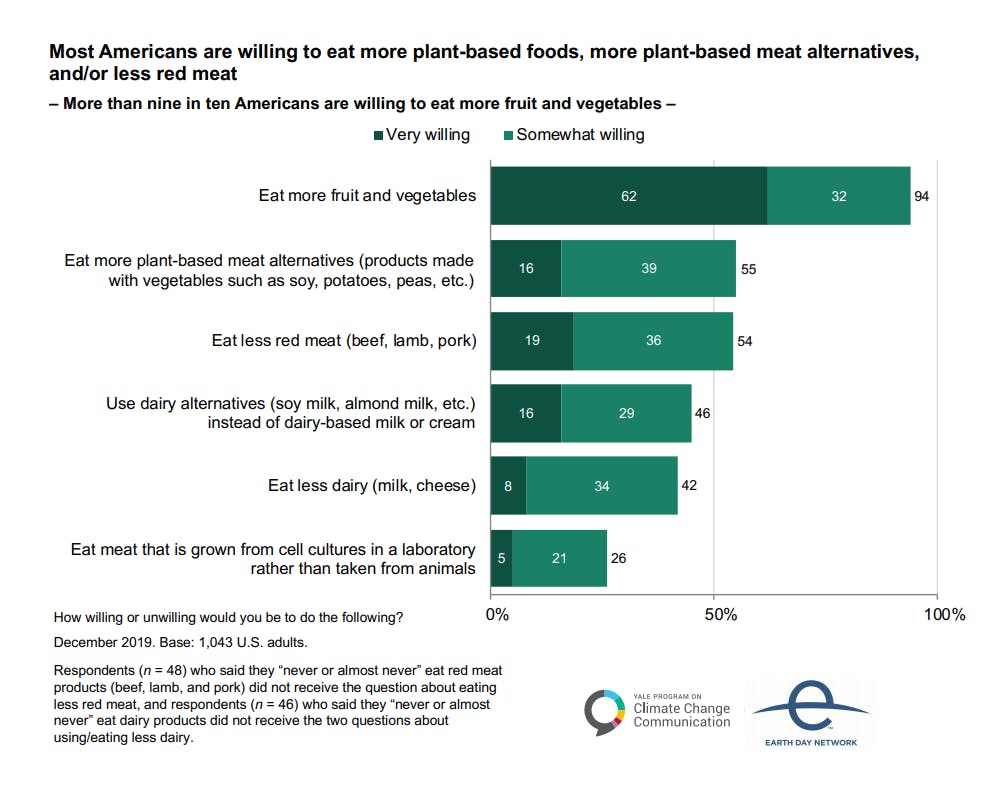 The research, a nationally representative survey of 1,043 American adults, also showed that Americans would eat more plant-based foods if they cost less than meat options (63%) and if they tasted better (67%). Barriers of cost and access, including distance from grocery stores and access to fresh produce, impact lower-income households in particular. 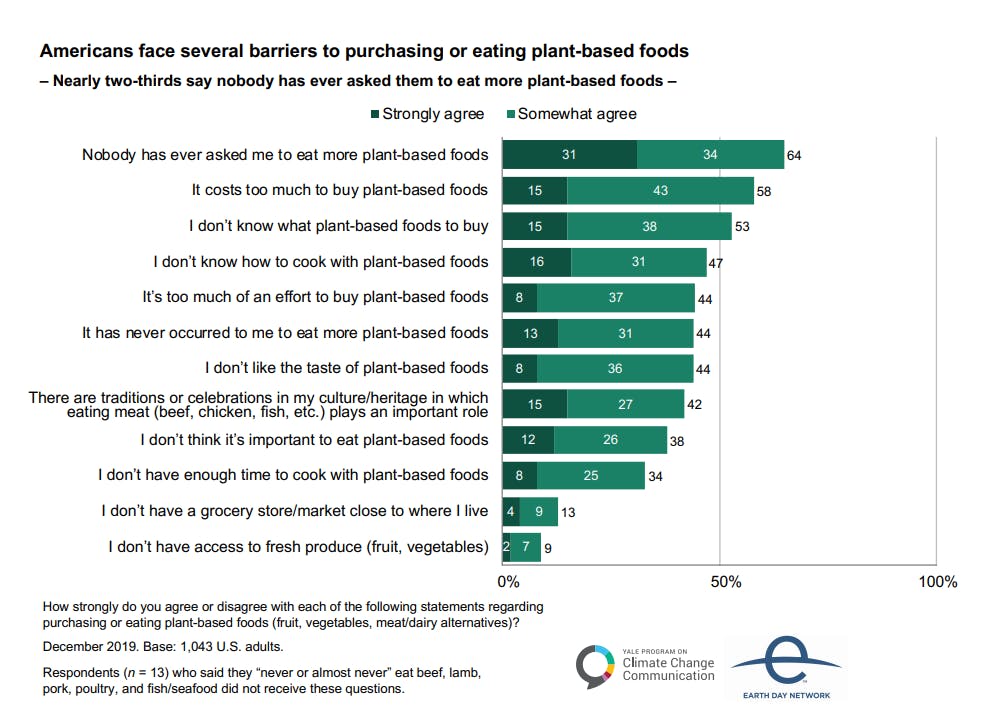 “This data is a wake-up call for the climate movement,” said Jillian Semaan, Food and Environment Director, Earth Day Network. “Animal agriculture is one of the major drivers of our climate crisis, we need to provide people with the relevant information that connects food choices, animal agriculture and climate change.’

These and other findings come from a nationally representative survey conducted by the Yale Program on Climate Change Communication and Earth Day Network. The survey of 1,043 American adults (18+), was conducted in December 2019 on the Ipsos KnowledgePanel.

The research was funded by Earth Day Network as part of its Foodprints for the Future campaign. In addition to Dr. Anthony Leiserowitz, principal investigators included Drs. Seth Rosenthal (Yale) and Matthew Ballew (Yale), and Jillian Semaan (Earth Day Network).