Cranberry farmers in Massachusetts are looking to build solar panels above the bogs they harvest each fall to help prevent low prices. 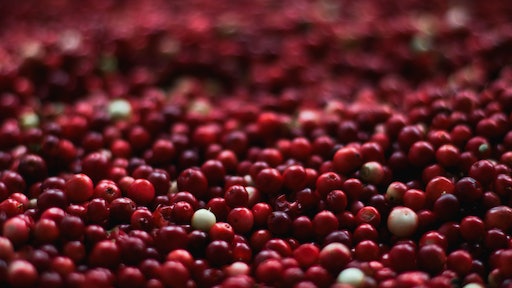 Photo by Kristina Paukshtite from Pexels

Cranberry farmers in Massachusetts are looking to build solar panels above the bogs they harvest each fall to help prevent low prices.

The approach will blend renewable energy technology with traditional farming, according to The Minneapolis Star Tribune. The idea is build solar arrays high enough off the ground and is in more spaced-out clusters to allow for crops to be safely grown and harvested underneath.

The Star Tribune reports that cranberry farmers are hoping to prevent leaner times in the industry by gleaning extra revenue all while producing the same quality berries.  A nationwide study suggests that certain crops in particular climates can thrive under solar panels, however, it is unclear how cranberries will grow.

Michael Wainio is working with NextSun Energy on a project that will utilize 27,000 over 60 acres of active bogs across three farmers in Carver, Massachussetts. The project will reportedly produce about 10 megawatts of energy - enough to power 1,600 homes.

Over the last 10 years, the price of cranberries has dropped over 50%, from roughly $58 a barrel in 2008 to just $25 in 2018, according to U.S. Department of Agriculture Data. In previous years, the USDA permitted the industry to dump millions of pounds of fruit in order to stabilize prices. Meanwhile, ongoing trade disputes between some of the United States' biggest trading partners is adding to the struggle.  Previously, both China and Europe exported roughly 30% of cranberries each year.

Growers are hoping that solar partners will take advantage of a new renewable energy incentive meant to encourage use of both solar and agriculture projects. In order to qualify farmers must meet certain design requires, like being built at least 8 feet off the ground and provide an annual report demonstrating the land under the panels remains agriculturally productive.

Still, it is unclear how cranberries will fare under the solar panels as the University of Massachusetts have found that broccoli, kale and peppers are less productive under the panels.

Researchers have built large wooden structures meant to mimic the shading of a solar panel on one of Wainio's bogs this summer, with some berries already growing under the structures.