The Future of Puerto Rican Food Uncertain after Maria

When Hurricane Maria hit, Puerto Rico lost 80 percent of its crop value in a matter of hours—destroying the momentum of much of the island's farm-to-table movement. 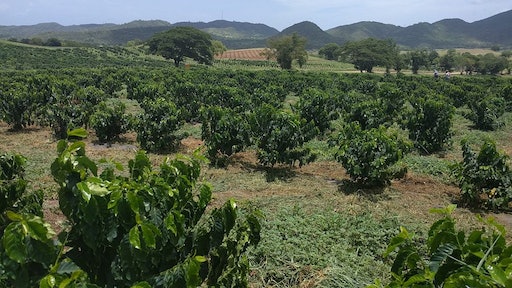 Before the hurricane, El Departamento de la Comida had been leading a burgeoning sustainable farming movement, partnering with non-profit organizations to support small farmers and teaching their community how to cook with the produce available to them. The restaurant began a CSA program, creating a market and acting as a middleman between consumers and 15 to 20 sustainable organic farms. Over the past seven years, El Departamento de la Comida moved into a larger warehouse, started a food co-op, and created their beloved restaurant.

Meanwhile, the island’s historically weak agricultural development had slowly begun to improve, and chefs like José Enrique championed local ingredients in their restaurants. Puerto Rico imports 85 percent of its food—some of it from neighboring islands that were also devastated by Hurricane Maria—but statistics from late 2016 show employment in agriculture, farm income and land cultivation up 50 percent in the past four years. Some blame the shift on the island’s economic recession for forcing Puerto Ricans back into farm work, but Rodríguez Besosa believes that the burgeoning farm-to-table movement is ultimately good for the island’s future.