The plan articulates the steps that federal agencies will take both domestically and internationally to implement the recommendations the Task Force made in December 2014. 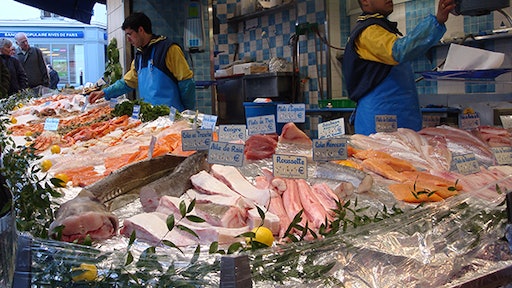 The Presidential Task Force on Illegal, Unreported, and Unregulated (IUU) Fishing and Seafood Fraud, co-chaired by the Departments of Commerce and State, released its action plan, according to the National Oceanic and Atmospheric Administration. This plan articulates the steps that federal agencies will take both domestically and internationally to implement the recommendations the Task Force made in December 2014.

The plan identifies actions that will strengthen enforcement, create and expand partnerships with state and local governments, industry, and non-governmental organizations, and create a risk-based traceability program to track seafood from harvest to entry into U.S. commerce. The plan also highlights ways in which the U.S. will work with foreign partners to strengthen international governance, enhance cooperation, and build capacity to combat IUU fishing and seafood fraud. This includes the Administration’s work to secure historic and enforceable environmental provisions in the Trans-Pacific Partnership, a regional trade agreement that includes countries that together account for approximately one-quarter of global marine catch and global seafood exports.

“The Obama Administration is committed to working to ensure that America’s fishing industry remains the heart and soul of coastal communities across the country,” said U.S. Deputy Secretary of Commerce Bruce Andrews. “The steps the United States has taken to be a leader in environmental stewardship are paying off. However, our nation's fisheries remain threatened by illegal, unreported, and unregulated fishing and seafood fraud, which negatively affects our markets. The Task Force’s new strategic plan will aggressively implement recommendations to guarantee that U.S. fishing fleets remain competitive in the global economy.”

“Illegal fishing and seafood fraud affect the American public and people around the world,” said State Department Under Secretary Cathy Novelli. “The plan we are releasing today puts us on course to tackle these complex global challenges, with a new traceability program at its heart. It also gives new urgency to our work towards the strongest possible international tools – including ratification of the Port State Measures Agreement, which will ensure illegal fish cannot reach the global market. We are working closely with our partners in the United States and around the world to bring the full range of resources to the table.”
“The U.S. is a global leader on building sustainable fisheries and the seafood industry is an incredibly important part of our economy,” said Kathryn Sullivan, Ph.D., NOAA administrator. “IUU fishing and seafood fraud undermine economic and environmental sustainability of fisheries and fish stocks in the U.S. and around the world. These actions aim to level the playing field for legitimate fishermen, increase consumer confidence in the sustainability of seafood sold in the U.S., and ensure the vitality of marine fish stocks.”

This action plan reflects the Administration’s commitment to supporting sustainable fisheries in the Trans-Pacific Partnership (TPP), a regional agreement that includes four of the top 15 global producers of marine fisheries products by volume. TPP is a historic opportunity to address trade-distorting and environmentally damaging practices. TPP is expected to be the first-ever trade agreement to eliminate some of the most harmful fisheries subsidies, including those that contribute to overfishing. It is also set to include groundbreaking stand-alone commitments to combat IUU fishing, and promote sustainable fisheries management and conservation of marine resources, including sharks and other threatened marine species. The U.S. is seeking similar commitments in the Transatlantic Trade and Investment Partnership (T-TIP) negotiations with the European Union (EU).

The National Fisheries Institute (NFI) announced it supports many of the recommendations of the Presidential Task Force on Combating IUU Fishing and Seafood Fraud. A focus on strengthening international capabilities, enforcement and enhancing tools already in place will be essential to address illegal fishing.

NOAA noted it is essential that NOAA resources continue to focus on the science-based decision-making that is the basis of sound U.S. fisheries management. Diverting resources from stock assessments to fund programs that duplicate other agencies responsibilities would be a mistake, it noted.

Calls for greater coordination to avoid duplication and waste of government resources should be heeded.

Likewise, consideration of changing regulations, like using the common name of fish, rather than the market name, should be avoided in order not to confuse shoppers while costing producers, processors, restaurants, retailers and ultimately consumers.