While interest in food and beverage M&A remains strong among buyers, valuations are likely to decline through the rest of this year. Here's why. 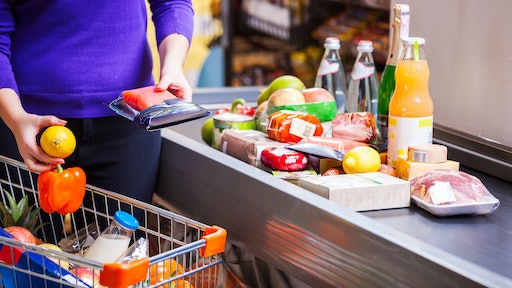 The convergence of several positive dynamics led to a record year of merger and acquisition (M&A) activity in the U.S. food and beverage space in 2021. Deal volume last year was spurred on by increased consumer demand, elevated liquidity among strategics and financial buyers, supportive credit markets, a plethora of fatigued owners and the threat of increased capital gains tax rates. Unfortunately, many of these tailwinds have yet to carry into 2022 where deal volume in the United States and Canada food and beverage M&A segment was down almost 12% from the same period in 2021.

Operational challenges are likely the main culprit for the slowdown in deal volume so far in 2022. Management teams have often been faced with a growing list of issues since the onset of the Coronavirus disease (COVID-19), from health and safety to labor shortages to supply chain tightness and inflation. None of these challenges have been fully mitigated; this has led to hurdles for both buyers and sellers in demonstrating positive business performance. This has likely caused many business owners to hold off on speaking with potential buyers until incumbent operational challenges dissipate and financial performance stabilizes.

Inflation has become a major concern for many buyers and lenders of late, particularly in segments such as logistics, bakery, protein and other sub-sectors that have been impacted by geopolitical issues and weaker harvests. Processors and distributors have passed along most or all of their cost increases to consumers. This has often helped to preserve and sometimes increase gross margins in the near term.  However, consumers are changing their purchasing habits due to inflation that, in many cases, limits operators’ ability to pass along their cost increases. Lenders to financial buyers, in particular, are struggling to understand when and how input and consumer prices decline and the long-term impact this will have on gross margins. Buyers cannot simply evaluate and rely on  pre-pandemic performance as consumers look to change their overall consumption habits. Certain buyers will often choose to look at the most conservative scenario when valuing businesses, which could likely cause gaps in valuation between buyers and sellers. Working with an advisor that can provide a nuanced and supportable forecast for a business can help lead to the highest value for sellers in M&A transactions.

Supply chain challenges for retailers have come back into focus in recent months as many publicly-traded retailers announced weaker earnings amid periods of heightened demand. Recent earnings have been pressured by high labor costs, inflation and poor inventory management. In reaction to the significant shortage in sellable goods that began after the onset of the pandemic, most retailers changed their philosophy of “just-in-time” to hold onto higher levels of inventory. Congested ports, geopolitical conflict and manufacturing shutdowns in China led to longer lead times which caused many retailers to order increased levels of inventory ahead of time. Slower demand among consumers has often resulted in retailers holding high levels of inventory of products in certain product segments. Further, inflation is limiting retailers’ ability to press their suppliers for promotional funds.

This decline in deal volume should not be construed as a lack of interest from buyers in the segment. In fact, the food and beverage segment is often viewed by many buyers as a safe market to invest in during uncertain times, and the Great Recession is an example. Food and beverage deal volume in the United States declined by 7% in 2008, to around 240 transactions according to data from Capital IQ. Deal volume declined by another 23% to 183 transactions in 2009. However, M&A activity in the category rebounded significantly in 2010, increasing by over 37% to 250 transactions.

Businesses that have done a more effective job of mitigating supply chain issues and are in the market now for a transaction are likely seeing a heightened level of interest due to the amount of liquidity that remains in the market. According to Capital IQ, strategics that make up the S&P 500 added a total of $900 billion in cash to their balance sheets in 2021. In addition, private equity funds around the world are holding $1.4 trillion in raised capital that needs to be deployed for acquisitions. Despite the interest rate increases we have seen over the past 60 days, rates remain at or below long-term averages.

While interest in food and beverage M&A remains strong among buyers, valuations are likely to decline through the rest of this year. Public market performance provides an indication of top-line valuation; the S&P 500 is down almost 23% year-to-date through June 21. Higher interest rates weigh down private equity returns and typically result in lower purchase prices. Valuation gaps between buyers and sellers are likely to be bridged by creative transaction structures such as earnouts or seller notes.

Waylon Sharp, VP and COO of food and agriculture at Bureau Veritas North America, details why companies can longer ignore the need to achieve a resilient supply chain.
Marina Mayer
December 15, 2021
Follow Us