What It Means To Be Sustainable

Green leadership in the food logistics industry from farm to fork. 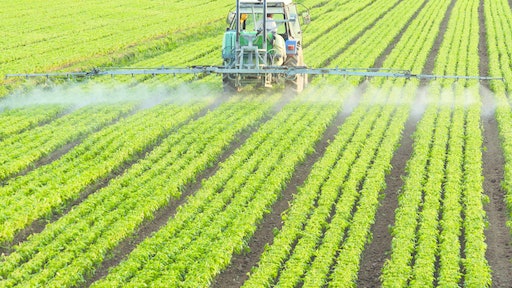 Sustainability in the food supply chain is a topic that Food Logistics covers extensively, from our print product to daily e-newsletters and blogs. Each June, we profile companies who are taking a leadership role in sustainability with our Top Green Providers list.

To be fair, this is a subjective list. How does one truly determine if a company is sustainable or not and is a stand-out among competitors when the applicants represent so many sectors—transportation, warehousing, food manufacturing, software and technology, and logistics, for instance?

Of course, achievements that are quantifiable and recognized by peers and customers are a starting point. Participation in the EPA’s SmartWay program is one way that companies earn recognition for their sustainability efforts.

Increasingly, however, sustainability is an attitude, a philosophy and a mindset that infiltrates a company’s culture, flowing both top-down and bottom-up, and affecting the most basic aspects of an operation to the most sophisticated. Ideally, sustainability becomes internalized for an organization and its employees, rather than something external.

It’s not surprising that companies who are sincerely committed to fundamentally and relentlessly pursuing a more sustainable supply chain become masterful at finding opportunities for improvements.

For example, a company might begin with a goal to reduce fuel consumption or transportation costs—an obvious starting point for many in our industry. If they’re an asset-based company with a fleet, they are undoubtedly looking at equipment (trailers, refrigeration units, aerodynamic enhancements, etc.), engines, driver behavior and performance, and implementation of software and technology tools to optimize the transportation piece of their business.

But, green thinking doesn’t stop there. Companies who embrace sustainability continually look for other ways to lighten their carbon- and water-footprint. Perhaps that means incorporating rail into their transportation strategy, or adding alternative fuel vehicles to their fleets. Maybe engaging customers to co-load shipments as a way to reduce deadhead miles, or working with them to improve package design or composition to optimize shipment capacity and reduce damage and costs.

At the same time, food companies too are making meaningful gains to reduce waste during production and processing, while grocers and restaurants are also making progress on this front.

This is what it means to be sustainable: taking the first step and then systematically and methodically working outwards from that initial entrance point to uncover even more ways to improve and change.

But, what’s next when it comes to sustainability in the supply chain and why does sustainability matter now more than ever? Arguably, food and logistics companies have a bigger stake in sustainable supply chains than most anyone. So, while sustainability begins with small steps, there are some giant challenges that confront our industry.

Two of the most pressing global issues are climate change and food security. Fortunately, the reluctance by some to acknowledge the realities of climate change are diminishing as more irrefutable evidence is presented. Modern agricultural techniques can feed millions of mouths, but it can’t continue to fight increased droughts, damaging rains and floods, rising temperatures and other extremes associated with climate change.

Recently, the Natural Resources Defense Council (NRDC) commented on the risk climate change poses to food security. “Climate change will alter the ability of food supplies and create new food security challenges for the U.S. and other countries. Since global agricultural markets are linked, climate events abroad may affect food security in the U.S., and vice versa. In the U.S., agricultural exports outpace imports, although the import share has increased over the last two decades.”

According to the NRDC, “Climate extremes in regions that supply these products to the U.S. can cause sharp reductions in production and increases in prices. Because about one-fifth of all food consumed in the U.S. is imported, our food supply and security can be significantly affected by climate variations and changes in other parts of the world…”

“Many agricultural regions will experience declines in crop and livestock production from increased stress due to weeds, diseases, insect pests, and other climate change-induced stresses,” states the NRDC. Furthermore, “Climate change will likely increase pest populations, which in turn may lead to an overall increase in pesticide use. In addition, warmer and wetter conditions from climate change may drive increases in pesticide concentrations in ground and surface water.”

These are serious challenges that require immediate action and global participation. The United Nations Conference on Trade and Development (UNCTAD) asserts that the world needs a paradigm shift in agricultural development from a “green revolution” to an “ecological intensification” approach.

Specifically, a shift from “conventional, monoculture-based and high-external-input-dependent industrial production towards mosaics of sustainable, regenerative production systems that also considerably improve the productivity of small-scale farmers.” In other words, “a move from a linear to a holistic approach in agricultural management, which recognizes that a farmer is not only a producer of agricultural goods, but also a manager of an agro-ecological system that provides quite a number of public goods and services (e.g. water, soil, landscape, energy, biodiversity, and recreation).”

The future of food is a topic that National Geographic magazine is tackling in an eight-month series. In the May 2014 issue, Jonathan Foley, director of the Institute on the Environment at the University of Minnesota, offered a five-step plan to feed the world.

A summary of Foley’s proposal includes:

Historically, agricultural land has expanded as demand has increased. However, “Agriculture’s footprint has caused the loss of whole ecosystems around the globe, including the prairies of North America and the Atlantic forest of Brazil, and tropical forests continue to be cleared at alarming rates,” says Foley. “Most of the land cleared for agriculture in the tropics does not contribute much to the world’s food security, but is instead used to produce cattle, soybeans for livestock, timber, and palm oil.”

According to Foley, “Starting in the 1960s, the green revolution increased yields in Asia and Latin America using better crop varieties and more fertilizer, irrigation, and machines — but with major environmental costs.” He recommends using high-tech, precision farming along with organic farming approaches to boost yields in places like Africa, Latin America and Eastern Europe.

Conventional farming has consisted of the heavy use of water and fossil fuel-based chemicals, but more targeted and precise application of fertilizers and pesticides is possible today. “Organic farming can also greatly reduce the use of water and chemicals — by incorporating cover crops, mulches, and compost to improve soil quality, conserve water, and build up nutrients,” says Foley. “Many farmers have also gotten smarter about water, replacing inefficient irrigation systems with more precise methods, like subsurface drip irrigation. Advances in both conventional and organic farming can give us more ‘crop per drop’ from our water and nutrients.”

It would be easier to feed the world if more of the food we produced went to humans instead of animals, says Foley. “Today, only 55 percent of the world’s crop calories feed people directly; the rest are fed to livestock (about 36 percent) or turned into biofuels and industrial products (roughly 9 percent),” he explains. Eating less meat or even switching from grain-fed beef to chicken, pork, or pasture-raised beef could put a sizeable dent in the world’s food demand.

One of the most effective ways to feed the world is to quit wasting what we already produce, says Foley. In the developed world, most food waste happens at home, in restaurants or at the grocery store. For poorer countries, the lack of reliable transportation and storage causes food to spoil between the farm and the market. Foley says that, “Consumers in the developed world could reduce waste by taking such simple steps as serving smaller portions, eating leftovers, and encouraging cafeterias, restaurants, and supermarkets to develop waste-reducing measures.”

Sustainability in the global food supply chain is now an imperative. Every effort, no matter how small, is relevant. Companies that make honest efforts to embrace sustainability when and where they can — and commit to expanding those efforts — are true leaders.

The bakery, food and agriculture sectors bring in 43,464,211 total jobs and $182.91 billion in exports and make up $7.43 trillion of total food and industry economic impact.
American Bakers Association
March 23, 2022
Follow Us