There has been a steady rise in activity and interest in lights-out manufacturing from stakeholders in the past five years because of modern technologies, but it might not be realistic due to significant barriers. 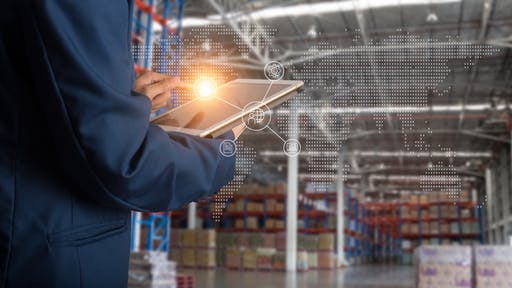 As more tasks become automated across manufacturing, these environments will rely less and less upon manual human labor, with the ultimate goal of “lights-out” manufacturing. But, it might not be realistic due to significant barriers and a prolonged timeline, according to new analysis from Lux Research.

“Achieving lights-out manufacturing will require the use of robotics technologies to automate physical processes, such as moving materials, cleaning tanks and inspecting products and assets, alongside software-based automation of logical processes,” says Miraj Mainali, senior research associate at Lux Research and lead author of the report. “While there are dozens of robotics technologies that can automate physical tasks, we have identified the most important ones, including robotic arms, autonomous mobile robots (AMRs) and legged robots, and assigned their average technology maturity based on findings from interviews in addition to our other research in the space.”

Building the Supply Chain of Tomorrow: Automation Doesn’t Have to be Complex

T.J. Fanning, VP of growth at SVT Robotics, details why automation doesn’t have to be complex.
SVT Robotics
March 31, 2022

Building the Supply Chain of Tomorrow: Why Automation Works

Attendees are looking for technology, automation and e-commerce fulfillment solutions for their operations.
MHI
March 7, 2022

Autonomous Technology is Here. Now What?

Rock Stars of the Supply Chain Answer the Call for Change, Innovation and Recovery

It is essential for grocery retailers to join forces with automation and ride the wave of the expected growth for order picking automation driven by e-commerce and e-grocery.
Fizyr
February 14, 2022
Follow Us