The expanded recall of frozen vegetables includes all of the frozen organic and non-organic fruit and vegetable products manufactured or processed in CRF Frozen Foods' Pasco, Wash., facility since May 1, 2014. 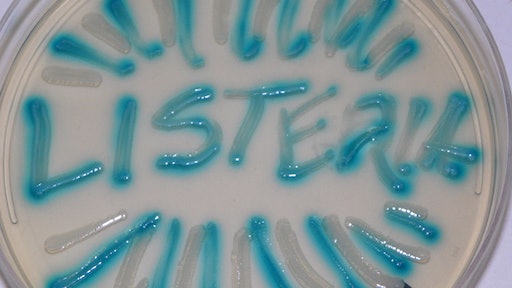 A look at the disease transmission factors associated with Listeria monocytogenes point out some unique and difficult problems that can confound our controls.

CRF Frozen Foods announced Tuesday that it's expanding a voluntary recall of frozen organic and non-organic fruits and vegetables because of possible health risks, according to CNN.

The company issued the recall in cooperation with the U.S. Food and Drug Administration and the Centers for Disease Control and Prevention (CDC) because the products might be contaminated with listeria.

Listeria is a serious infection usually caused by eating food contaminated with the bacterium Listeria monocytogenes. It can cause serious, sometimes fatal infections in older adults, pregnant women, newborns and individuals with weakened immune systems, according to the CDC. Symptoms include high fever, severe headache, stiffness, nausea, stomach pain and diarrhea.

CRF said the CDC notified it that seven people from three states have become ill and were hospitalized due to listeria. Some of these illnesses have been linked to consuming CRF-manufactured or processed products. Two of these individuals died, but listeria was not the cause of death in either person, CRF said in a statement.

The expanded recall of frozen vegetables includes all of the frozen organic and non-organic fruit and vegetable products manufactured or processed in CRF Frozen Foods' Pasco, Wash., facility since May 1, 2014. All of the affected products have the best by dates or sell by dates between April 26, 2016 and April 26, 2018. These include about 358 consumer products sold under 42 different brands.

CRF initially recalled 15 frozen vegetable items on April 23, 2016 out of concern that they were potentially contaminated with listeria. The listeria was discovered through routine testing by state health officials in Ohio. Listeria was found in one lot of Individually Quick Frozen organic petite green peas and one lot of IQF organic white sweet cut corn. CRF suspended operations at its Pasco facility as of April 25.

CRF apologized for any concern or inconvenience the recall has caused their customers. Consumers who purchased these products may return them to the store where they were purchased for a refund and are warned not to eat these products.