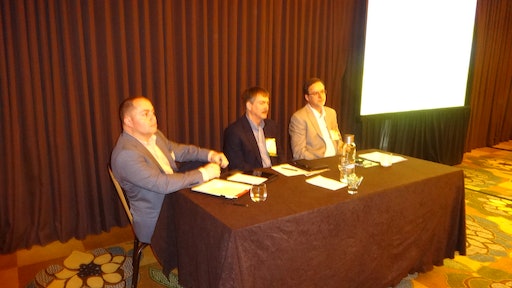 Safety standards are not new in the cold chain. But with government regulations increasing, more players in the cold chain are paying attention to safety standards. While new rules under the Food Safety Modernization Act are not final, cold chain service providers adopt voluntary standards available from various organizations. Organizations such as SQF, BRC, IFS, FSSC and Global Gap have safety standards that are recognized by many food retailers and manufacturers.  Industry experts have noted these voluntary standards, as well as those of the Global Food Safety Initiative (GFSI), will enable a company to comply with most of the FSMI rules.

Food handlers have enrolled in voluntary certification programs out of their own interest in safety. In addition to this concern and the impending regulations, more and more customers have been requesting warehouse providers to have some form of safety certification. Food retailers and manufacturers sometimes have their own certification standards for third party warehouses. In many cases, food retailers and manufacturers accept independent safety programs.

To attain voluntary certification, the client must be audited by the organization providing the safety standards. The standards ensure the safety of the products the client supplies its customers.

A show of hands in the room revealed that not many companies in attendance have implemented voluntary safety certification. But the majority indicated they are considering it.

The BRC audit focused on the documentation of safety processes.

An audit report provided guidance to maintain the safety standards. “Just sit down and read the thing,” Leo said. “Read it again and again and again. It’s not as overwhelming as it seems.”

In response to a question from the audience, Johnson said the safety audit, which lasts a day and a half, cost the company between $3,500 and $5,500.

Asked how they quantify the return on the investment, Leo said this is difficult to do. But from a customer relations standpoint, he said it is the right thing to do.

Leo added that RLS Logistics did not choose to become certified in response to a customer request.

Johnson emphasized the importance of having management support for a safety audit. “It’s quite in-depth,” he said. “It’s not going to be (done) overnight.”

Asked what surprised him the most about the process, Johnson answered the administrative as opposed to operations orientation.

Adams, whose company selected SQF, said documentation is more the focus in the first year of certification. In the second year, there is more focus on operations. He agreed with Johnson about the importance of having management support.

Asked what would happen if a company has two warehouse management systems, Johnson said his company has experienced this and it has not been an issue for BRC.

Documentation was cited as a big part of the implementation throughout the discussion.

One listener volunteered that starting with no documentation of safety standards, the implementation cost his company $18,000, plus $6,000 for the audit.

Leo said that in 2017, unannounced audits will begin.