The H5N2 strain of highly pathogenic avian influenza was confirmed in a commercial turkey flock in Boone County, Ark., a unit of the U.S. Department of Agriculture said in a statement Wednesday. 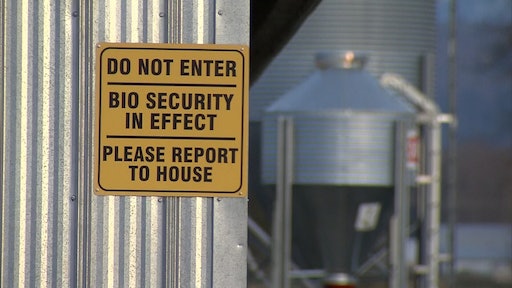 The U.S. government confirmed a case of bird flu in Arkansas as the disease spreads into the southeast of the country, the heart of the domestic poultry industry, according to Bloomberg News.

The H5N2 strain of highly pathogenic avian influenza was confirmed in a commercial turkey flock in Boone County, Ark., a unit of the U.S. Department of Agriculture said in a statement Wednesday.

The disease has spread this month after appearing in a migratory route along the Mississippi River. Previously, the outbreak that started in mid-December was contained in western states. Butterball LLC, the largest U.S. turkey, said Wednesday that the virus has affected farms that supply the company. Cargill Inc. said that Missouri’s agriculture agency indicated preliminary positive tests in two flocks, including a company contract site.

China has halted all U.S. poultry imports since January. Mexico, the top importer of U.S. chicken and turkey, expanded bans this week to restrict shipments from other states with cases in commercial flocks: California, Missouri and Minnesota, the top turkey producer. The European Union, Guatemala, Jordan and more than a dozen other countries have also restricted some U.S. shipments.

“It seems to be spreading fast,” Ron Plain, a livestock economist at the University of Missouri in Columbia, said in a telephone interview. “A lot of our foreign customers will stop purchases from impacted states.”