According to The Guardian in the UK, organized crime, the mafia and cartels are no longer dealing drugs for profit but dealing adulterated olive oil and counterfeit vodka. 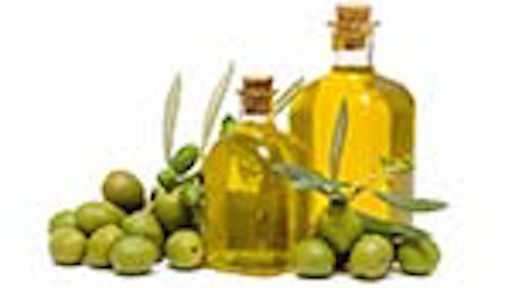 This is a really interesting article from The Guardian that talks about the newest for-profit commodity for the gangs, cartels and organized crime families in the United Kingdom and EU ... food. Specifically, it details how the "business" of fake food and food fraud like adulterated olive oil and counterfeit alcohol has taken the place of illegal drugs as the product of choice for gangs these days.

The article quotes Jenny Morris, principal policy officer at the Chartered Institute for Environmental Health in the UK, who acknowledged that olive oil was ripe for fraud.

"A lot of people buy virgin olive oil because they like the fact that it is high quality and they are prepared to pay a premium," said Morris. "If you are a criminal and you get hold of some oil, not necessarily olive oil, you can color it green with a bit of chlorophyll and make a lot of money out of it. Because of its distribution, it is sometimes hard to track."

But many other products are almost as vulnerable to criminal adulteration as olive oil. Other popular and lucrative frauds include diluting honey with cheap sugar syrup, passing off methanol as vodka, mixing inferior rice with premium basmati and switching cheap fish such as catfish with expensive alternatives like haddock. It certainly beats mixing cocaine with bulking agents like talcum powder – an activity that is far riskier than corrupting the food chain, according to experts.

"At the moment the risks for criminals operating in this field are low because they are not routinely coming up against trained and organized professional investigators," Gary Copson, a former Metropolitan police detective and advisor to the government's Elliot review into food chain integrity, told a parliamentary committee earlier this year.

The Elliot review, due to report by early June, will help to highlight the extent to which organized crime has penetrated food distribution networks. This became apparent during the horsemeat scandal last year and was confirmed in February following the launch of Operation Opson III, an Interpol campaign that seized more than 1,200 tons of fake or sub-standard food and nearly 430,000 liters of counterfeit drinks. Almost 100 people were arrested or detained in 33 countries, while officers impounded more than 131,000 liters of oil and vinegar, 80,000 biscuits and chocolate bars, 20 tons of spices and condiments, 186 tons of cereals, 45 tons of dairy products and 42 liters of honey.

Experts: Food Fraud On The Rise