The majority of in-transit cargo thefts occur while a vehicle is left unattended, whether in a public parking area or drop stop such as a distribution center or warehouse. 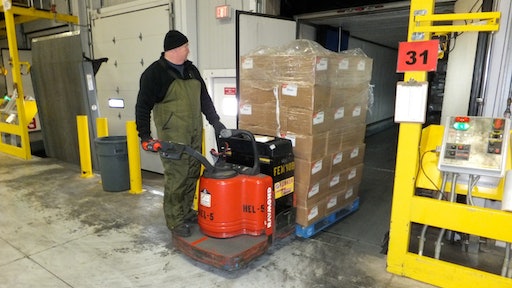 A drive-through dock set up improves both food safety and security because security seals are only broken inside facilities.
Rite-Hite

The discussion about food safety has become a prominent one in the food logistics industry, but a topic often left out of that conversation is theft. Though the precise number of cargo crimes and value of stolen goods is difficult to pinpoint because many incidents go unreported, the FBI estimates total loss value is between $15 billion and $30 billion each year.

And while shippers and carriers have numerous tools available to prevent food theft, it still remains a problem as cargo is especially prone to risk while in transit.

According to an annual report compiled by SensiGuard, a subsidiary of Sensitech Inc., in-transit thefts accounted for 78 percent of all recorded theftsin 2017. Pilferage was the second-most common type of theft during the year, accounting for 15 percent of all thefts, while fictitious pickups accounted for just 3 percent of thefts, down from 39 percent in 2016 as a result of increased arrests of cargo thieves.

SensiGuard’s Supply Chain Intelligence Center’s U.S. Cargo Theft Annual Report indicates the common factor in the majority of these thefts is that they occur while the vehicle is stopped, whether in a public parking area or at a truck stop or drop stop, such as a distribution center or warehouse.

In fact, SensiGuard reports that in 2017, 75 percent of cargo thefts occurred in unsecured parking locations.

CargoNet, a firm that collects and analyzes cargo-theft data, reports similar numbers in 2017, citing warehouses and secured yard locations, which it defines as fully fenced properties that prevent easy access, as the highest-targeted locations for cargo thefts. It also recorded an increase in theft at parking lot locations, such as those of major retailers.

Chad Dillavou, product manager for Rite-Hite, a leading manufacturer of loading dock equipment, industrial doors, safety barriers, industrial fans and other in-plant products, says, “Unsecured, unattended and dropped trailers are most targeted at warehouses as they can be easily hitched to any semi-tractor and hauled away.”

He also notes that warehouses are easy targets because they do not move.

“Unlike cargo and its containers, warehouses do not move, so thieves know where they are at all time,” he explains.

Data for CargoNet supports that theory, reporting that in 37 percent of cargo theft cases, the loads were left unattended for multiple days, making them easier targets. Additionally, these loads had no electronic tracking, witnesses or surveillance to determine the exact day of the loss.

In August, a 53-foot trailer containing nearly $100,000 in ramen noodles was stolen from a Georgia Chevron convenience store after being left unattended for an entire week. The driver reported the theft to police, saying when he returned, the white 2004 Stoughton trailer was gone—noodles and all.

For the first time in eight years, food and drinks in 2017 did not top SensiGuard’s list of most-stolen items. Instead, home and garden products took the top spot, accounting for 17 percent of thefts during the year. Food and drinks made up 16 percent of the 2017 total, a 14 percent decrease from 2016. Other highly-targeted products included electronics (15 percent) and building and industrial (12 percent).

CargoNet saw a similar trend in the second quarter of 2018, recording just 25 thefts of food and beverage freight, down from 34 in second-quarter 2017. They too saw household products become the most stolen commodity, especially major appliances, mixed household goods and tools.

While food and beverage cargo thefts may no longer reign supreme, they are still particularly vulnerable to the threat of theft for a number of reasons.

Dillavou says food and beverage products provide a lucrative opportunity for thieves because “bulk food and beverage items can be easily broken down and sold individually at a higher markup and quicker turnaround in profit.”

In addition, food and beverage items are almost impossible to track compared to electronics, which have serial numbers and permanent bar codes, as well as more secure packaging with tagged alarms, Dillavou says.

“Once consumed, there is virtually nothing to trace the product back to the original source,” he adds.

Despite food and beverage products’ propensity for theft, they can be safely transported if protocols are in place and red flags are identified in the supply chain. Technologies such as vehicle monitoring systems are available to alert fleet managers about unauthorized door openings, and locks can be mounted to trailer and container doors to secure cargo from the inside.

“Vehicle restraints act as both a physical and visual deterrent,” explains Rite-Hite’s Dillavou. “Some high-functioning models may even accommodate communication between a facility’s security system and a restraint that is properly engaged with and locked to a trailer’s rig or rear wheels. Further, should tampering occur during engagement, an automatic re-fire technology will restore a safe and secure connection between the vehicle restraint and truck. All of the interlocked communication creates an additional layer of security against tampering and theft.” 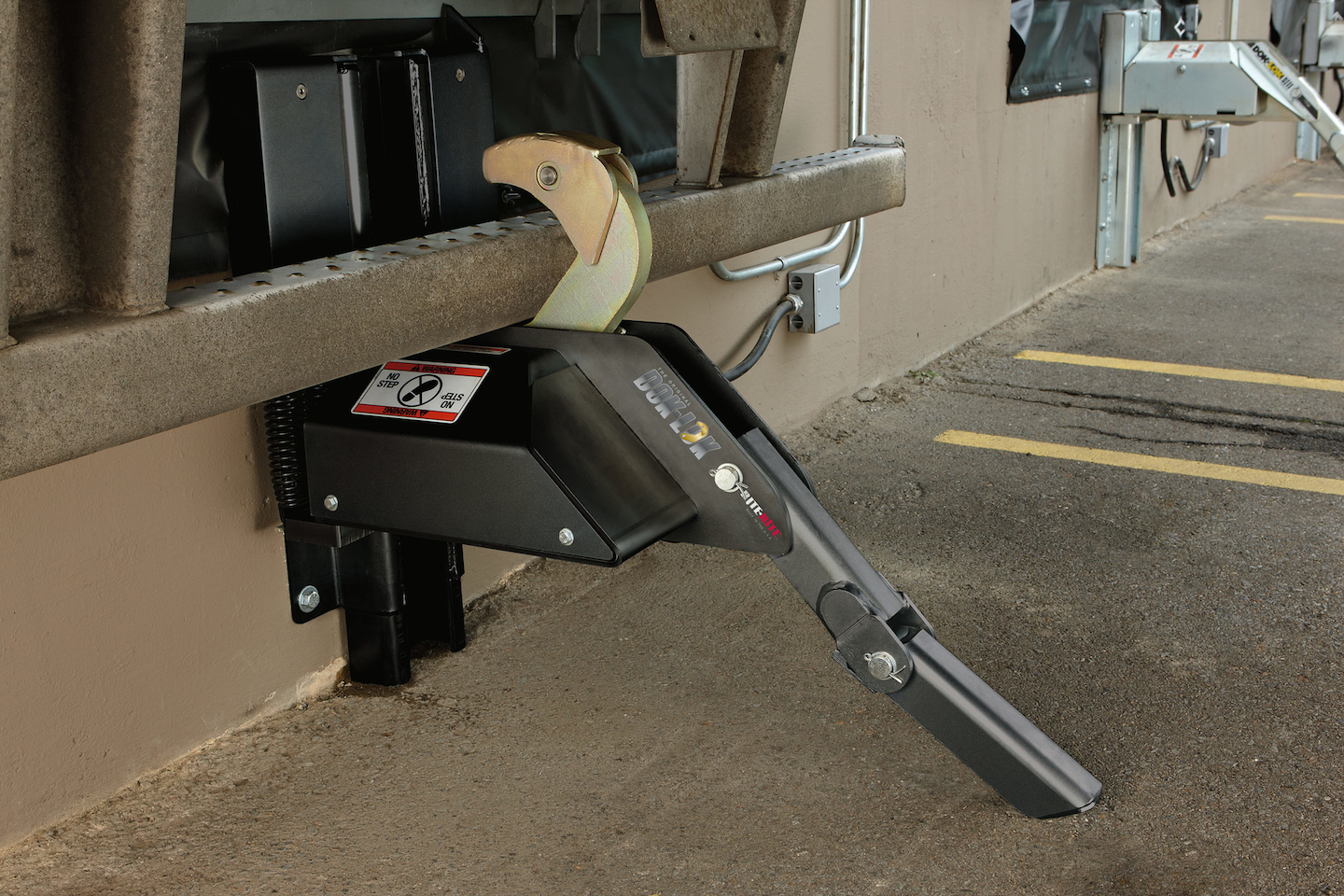 A vehicle restraint can can be interlocked, connected to building security and automatically re-fires if tampered with.Rite-Hite

Drive-through dock set ups, where the trailer doors are physically opened and closed within the building, can also help to ensure both cargo security and food safety.

“Stringent drive-thru applications help address pilferage on the drive approach, as it prevents anyone, whether a worker or potential thief, from being around the loading dock’s exterior,” Dillavou says. “This ‘boots off the ground’ policy can also help maintain a clean and temperature-controlled environment.” Essential to a drive-through dock, the vertical storing leveler improves security at the loading dock by minimizing the points of entry into the facility with the door closed to the pit floor.Rite-Hite

Beyond technological solutions on the truck, initiative must also be taken at the warehouse itself.

“Supply chain security is a multi-layered approach that requires a multitude of steps to mitigate the risk of theft,” explains Dillavou. “Because the global economy is only getting bigger and more complex, security measures need to keep pace and evolve to meet the world’s needs.”

He recommends the following actions that can be taken specifically at the warehouse:

“If your facility does not have any, or all, of these basic security processes implemented, that may be a red flag,” he says, adding, “With these in place, there are many checkpoints along the process to minimize the chance for trailers and cargo to be stolen.”