Experts say it's not about technology, but about changing business practices. 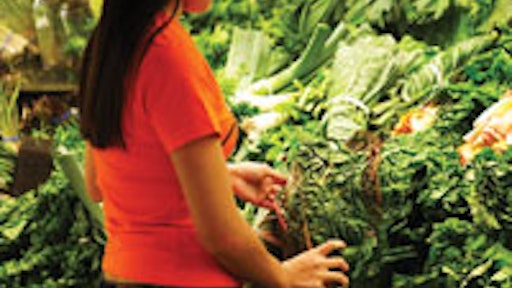 The E. coli outbreak traced to contaminated spinach in late 2006 was a seminal moment for the produce industry. Everything changed. Retailers, distributors and farmers focused on food safety more than ever before. The produce industry mobilized to prevent or minimize future problems.

And it's no wonder why. Right after the incident, sales of spinach tumbled, while sales of packaged salads also dipped. It has taken a while to lure back consumers as sales have slowly moved up.

Along the way, the industry has taken concrete steps to maintain consumer trust and prevent future incidents from occurring. They include efforts to improve traceability, deploy technical solutions and conduct more efficient recalls, if necessary.

"Our food safety system is not complete without a more robust and quicker ability to rapidly recall our products and trace their history," says Bryan Silbermann, president of the Produce Marketing Association (PMA), Newark, DE. "The issue of how to have improved produce traceability is not about the technology; it's about changing our business practices. Effective traceability must be a business imperative for everyone in our industry. Consumers and regulators expect it."

PMA, the United Fresh Produce Association (UFPA), Washington and the Canadian Produce Marketing Association (CPMA), Ontario, have formed a joint Produce Traceability Initiative to drive broad adoption of consistent traceability best practices throughout the produce supply chain. The trade groups have combined forces to focus on the urgent need to use existing standards for the most effective trace-back and trace-forward practices between supply chain partners-from field to fork.

"It's critical to drive industry support to actually implement some of these systems that can provide the traceability we need, without inefficiencies or costs that could be imposed upon us by well-meaning legislators or regulators who don't understand our industry," says Tom Stenzel, president of the UFPA.

Officials stress that consistency in traceability standards is needed across the supply chain. For example, participants in each step of the supply chain-from producer to distributor to retailer-may rely on different tracing technologies. For example, a grower might tag a carton of tomatoes with its own scanning code that can't be read by the distributor who accepts the shipment. They use different systems.

The Produce Traceability Initiative looks to drive broad adoption of traceability standards and practices throughout the produce supply chain. It is now focusing on establishing a timeline for a series of milestones for recording traceability data on produce shipments.

The milestones that have been set include establishing company prefixes for brand owners; assigning GTINs (global trade identification numbers) to produce cases; showing GTINs, lot numbers and packing/harvesting dates on each case; encoding this information in bar codes; and reading and storing the information at each point in the supply chain.

Michael Farlekas of RedPrairie Corp., explains the distributor's perspective in which product is received from growers and stored in a warehouse for later delivery to stores. "I receive a case of lettuce from Grower A. I put it into storage in my refrigerated warehouse. Then I'll assemble my orders and take that case of lettuce from Grower A and send it to a grocery store wherever it might be."

Locating the contaminated product during a recall is not that difficult, according to Farlekas, vice president of sales of the Milwaukee-based firm that provides software to handle inventory and manage people throughout the supply chain.

"Our system would understand exactly where it came from and who touched it in the warehouse," he says. "We can very quickly tell that distributor where exactly that product went to, when it went, in what order and in what truck."

The unfortunate alternative is not knowing which specific cases of product are suspect. Therefore, everything that a distributor shipped to everyone in, say, the last two to three weeks needs to be called back.

"That is when recalls get out of control," he says. "And that is when they have obviously a very bad effect on industries, on people and on companies. Of the product that they bring back, only a very small percentage is bad. But to get it all, you have to bring back everything. Our system prevents that. It helps them control their inventory."

Major companies have deployed these solutions for years, according to Farlekas. And in fact, the food safety has been solid partly because of the availability of software solutions. Recalls seldom occur and, if they do occur, they are minor in nature.

What's happening nowadays, he says, is widespread availability of these software solutions at a lower cost than in the past. Smaller and mid-sized companies can now afford the same technology that the major producers could afford 10 years ago.

"The penetration in the last five years has moved significantly from the top-tier players to the mid-tier and even the small players," he reports. "That's important. These tools are available, they're cost effective and it's not new technology. Companies that deploy them would have a significantly greater amount of control over the quality of their product and be able to conduct recalls in a much more efficient manner."

Meanwhile, the legal responsibility and consequences for distributors after an incident is too critical to gloss over. Lawsuits typically follow every contamination incident-whether it's spinach or meat.

"Everybody in the chain of distribution gets sued. It's really a question of who's got deep pockets and ultimately some responsibility to consumers who are sick or injured because of the incident," says Joseph Weinstein of the law firm Squire, Sanders & Dempsey, LLP in Cleveland.

"It's a risk management issue for each of those in the chain of distribution," he says. "You've got middle men distributors on multiple levels and it goes down to the supermarket chains. I know the margins in the business are not very good, but they've got more wherewithal than some of the Mom-and-Pop types."

Weinstein suggests that retailers sign contracts with distributors or producers that obligate them to perform tests on the food shipments and later provide the results of those tests. Such a procedure encourages everyone in the supply chain to ensure that food delivered to the store is safe.

Large supermarket chains, he points out, are insisting on identification and other assurances from the producers and distributors. The small independent grocers might want to institute their own testing on either a random basis or even on a systematic basis to ensure that what's coming into their stores is safe.

"To some extent, you have to depend on the integrity of people you are dealing with," says Jim Hiller, president of Hiller's Markets, an eight-store operation in the Detroit marketplace. But this independent grocer goes one step further. He has a contract with a local lab that tests produce weekly.

Weinstein sums up: "If I'm a retailer or somebody in the chain of distribution, what I'm trying to do is to manage my risk. How do I do that? I try to prevent it at the source. I try where I can to prevent it in-house myself-given my own handling of this food-because that's a source of potential contamination as well. You've got to make sure our own house is in order."

• Understanding the regulations and the laws that apply;
• Understanding what the best handling practices are, even above and beyond the minimum standards of regulations;
• Continually learning about best practices and implementing them;
• Creating the culture to do that.

The Demand for Delivery is Diminishing as Food Prices Skyrocket

While inflation is largely to blame, there is more that retailers and delivery services can do to keep business on the up and up than simply waiting for prices to go down.
Flytrex
December 13, 2022