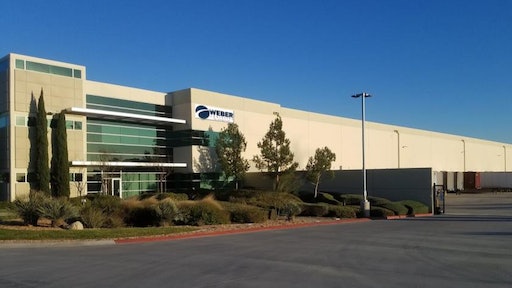 With this new location, the company’s distribution center footprint in the Inland Empire is now 1,567,492 square feet – an expansion of 42% in the last two years.

The new operation will also result in the hiring of 30 new Weber employees.

Built in 2012, Weber’s Jurupa Valley facility will handle both B2C and B2B distribution of food, apparel and consumer goods.

The warehouse is an FDA-registered food storage facility that will be subject to regular safety and sanitation inspections by AIB International. Weber’s food logistics operations comply with all Food Safety Modernization Act (FSMA) requirements, as well as specific product and retailer requirements.

“The continued demand for high velocity retail warehouse distribution here is driving the expansion of every solid 3PL player. The western portion of the Inland Empire region is optimal for both import and regional food product distribution. Every other geography in the Western U.S. comes in second,” according to Bob Lilja, Weber Logistics chief operating officer.

The Jurupa Valley DC further expands Weber’s footprint as a provider of integrated services on the West Coast, where drayage, warehousing and transportation can be combined into one seamless offering. And, as with other facilities throughout Weber’s network, this DC is also home to an array of value-added services including kitting and assembly, rework, repacking, retail display builds, and more. 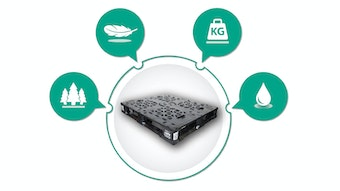 Planning, preparing and implementing health crisis mitigation measures in the workplace will ensure everyone that their health and well-being are priority, while ensuring that the facility is better prepared for the future.
AIB International
March 3, 2021

As trends shift from in-store purchasing to online purchasing and consumers seek out more fresh and frozen foods, the demand for cold storage warehousing and distribution will continue to increase.
Graycor Construction Company
February 18, 2021
Follow Us