Members of the International Longshore and Warehouse Union (ILWU) voted 82 percent in favor of approving the new 5-year agreement that will expire on July 1, 2019. 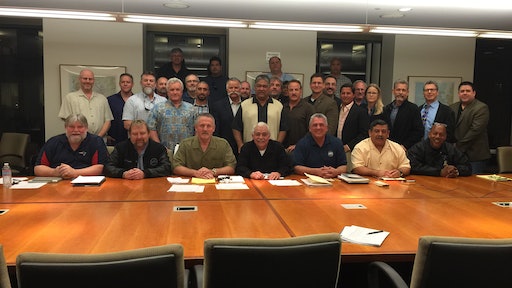 U.S. West Coast Longshore workers have overwhelmingly voted to ratify a tentative contract agreement reached in February with employers represented by the Pacific Maritime Association (PMA), according to The Maritime Executive.

Members of the International Longshore and Warehouse Union (ILWU) voted 82 percent in favor of approving the new 5-year agreement that will expire on July 1, 2019. The previous contract was ratified in 2008 with a vote of 75 percent in favor.

Voting results were certified today by the ILWU’s Coast Balloting Committee, which was chosen by Coast Longshore Caucus delegates elected from each of the 29 West Coast ports.

“The negotiations for this contract were some of the longest and most difficult in our recent history,” said ILWU International President Robert McEllrath. “Membership unity and hard work by the negotiating committee made this fair outcome possible.”