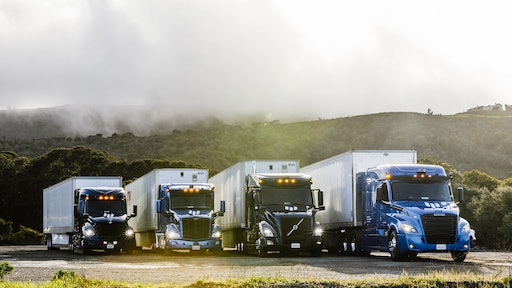 Embark launches its universal interface hoping to expedite the growth of driverless technology across the trucking industry, as it integrates with major truck OEM platforms such as Freightliner, International, Peterbilt and Volvo trucks. The interface is an interoperable self-driving stack that can integrate autonomous technology into trucking vehicle's platforms. Embark hopes that its ability to interact with all four major platforms will give autonomy a leg up in the industry. The news follows Embark's previous announcement with the Arizona Department of Transportation on the creation of a Memorandum of Understanding to promote the continued safe interaction between automated commercial vehicles and highway work zones in Arizona.

“The launch of EUI opens the door to a much larger market opportunity for Embark by making their self-driving technology platform-agnostic,” says Pat Grady, partner at Sequoia Capital. “We’ve seen time and time again how the emergence of an open platform can serve as a galvanizing force in fast-developing markets, and this breakthrough technology from Embark has a chance to do the same for what’s historically been a complex and fragmented industry. This is a huge step forward both for Embark and for the entire trucking industry.”

Navistar and TuSimple Partner to Bring Autonomous Trucks to Market