How will these trends affect the truckload rate outlook for 2023? Here’s a closer look at what’s happening now in the sector and how freight market conditions might evolve in the year ahead. 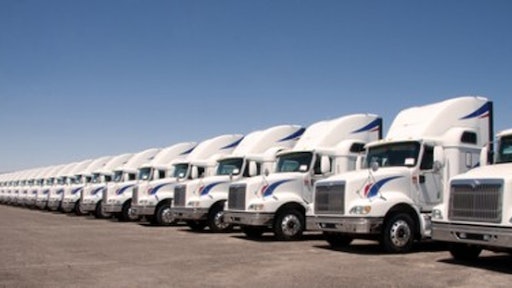 This current year has been incredibly volatile for the trucking sector — soaring inflation, high fuel prices, declining consumer demand and inventory surpluses have all combined to soften demand for carriers for the holiday season. The potential for a rail strike also contributed to anxiety in the industry. Demand hasn’t dropped off a cliff, but indicators point to a slower than normal season for the freight market.

Surplus inventory may be the primary factor that’s keeping holiday season demand for carriers lower than is typically seen this time of year. If retailers have enough goods in place to meet demand for the remainder of the year, the freight market will soften, and capacity will rise in the trucking sector. How will these trends affect the truckload rate outlook for 2023? Here’s a closer look at what’s happening now in the sector and how freight market conditions might evolve in the year ahead.

It may seem counterintuitive, but fuel prices have a near-inverse relationship to rates. As fuel rates increase, it tends to put downward pressure on haul rates, especially in the spot market. That’s because elevated fuel rates help establish a floor for how low spot rates to carriers can go. There’s a certain cost to operating vehicles, and as fuel costs rise, it defines how far spot rates can fall; it doesn’t make business sense for carriers to go below the break-even point, especially for smaller fleets and owner-operators.

Demand for truckload volumes is traditionally weakest in the first quarter, so that will probably be a break on volatility, and spot rates will likely find a floor in the first part of the new year, absent a wild card like a severe winter weather event that affects a large area. It’s important to keep in mind that there’s always the potential for weather to affect logistics, like the deep freeze in Texas in 2021, which caused widespread disruption across the sector.

So, the trending gradual decline in contract rates will likely persist through the first half of 2023, and the same forces may come into play for the remainder of 2023. Spot rates will likely become more stable and remain flat through the year since defining a floor produces less downside risk — rates can only go down so far when they near the carrier break-even point. The most optimistic scenario includes flat contract rates, with the gap between spot and contract rates causing the latter to trend down.

Of course, it’s important to know that forecasts are the likeliest scenario as projected by analysts — an estimate based on historical, current and projected data — and a rate forecast can overestimate or underestimate rates considerably if unexpected factors come into play. Severe weather is just one of the risks. Factors like global conflicts, a breakdown in labor negotiations that affects ports or rail carriers or a jolt to the economy can upend current trends.

What supply chain executives should keep in mind for 2023

The gap in spot and contract rates has many shippers evaluating their contracts and wondering if they are overpaying. It’s easy to find less expensive trucks and capacity on the spot market. Some shippers are taking a more flexible approach to routing guides, and while it’s a best practice to honor contracts, there’s definitely an opportunity to test the spot market.

If a primary carrier isn’t able to provide needed coverage, it’s a good strategy for shippers to leverage the spot market for more options and potential cost savings. Volatility should be minimal in 2023, so the gap between spot and contract rates will likely persist due to declining contract rates. In the meantime, shippers can explore other money-saving opportunities.

This is also a great time for shippers to focus on service initiatives. When capacity was tighter, shippers had to set themselves apart in the marketplace to earn “shipper of choice” status and access capacity. Now that relative demand for capacity has declined, shippers have an opportunity to hold carriers to a higher standard, demanding “carrier of choice” behavior to earn their freight business. At the same time, carriers will be motivated to demonstrate service to keep current shippers on board or acquire new contract business, so that can work in shippers’ favor too.

Forecasting shows a slow peak season and limited volatility in the year ahead, with expectations that shippers see strong routing guide compliance hold. Elevated costs with rates facing downward pressure is going to present a challenging year for many carriers.