The national rail strike, which could happen as early as Dec. 5, could threaten the nation’s coal shipments, supply of drinking water and shut down passenger rail. 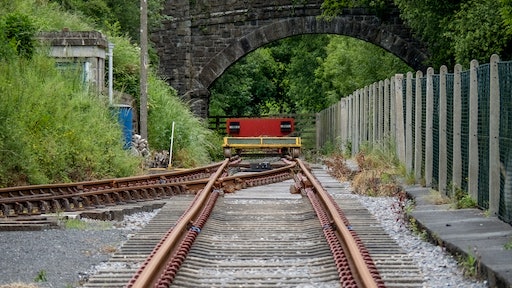 It’s the déjà vu no on in the supply chain industry wants to experience, yet it’s here. And yes, it’s happening again.

Nearly 3 months after the first rail strike was announced, SMART Transportation Division, the union that represents roughly 28,000 rail conductors, voted to reject the contract deal brokered by the White House, opening doors to another rail strike, one that could “paralyze” much of the economy right before the holidays hit.

The national rail strike, which could happen as early as Dec. 5, could threaten the nation’s coal shipments, supply of drinking water and shut down passenger rail, according to WashingtonPost.com.

What’s more is, the nationwide rail shutdown could halt nearly 7,000 freight trains and the U.S. economy could lose $2 billion a day, according to the Association of American Railroads.

“Today, the BLET joined the majority of our unions in approving the largest wage increases in nearly five decades and also paved a path toward greater scheduling predictability for its members,” says AAR president and CEO Ian Jefferies. “Railroads stand ready to reach new deals based upon the PEB framework with our remaining unions, but the window continues to narrow as deadlines rapidly approach. Let’s be clear, if the remaining unions do not accept an agreement, Congress should be prepared to act and avoid a disastrous $2 billion a day hit to our economy.”

A nationwide rail strike during the peak holiday season will be devastating for American businesses, consumers and the U.S. economy, as outlined by Matthew Shay, president and CEO of the National Retail Federation (NRF). “American businesses and families are already facing increased prices due to persistent inflation, and a rail strike will create greater inflationary pressures and will threaten business resiliency. Congress must intervene immediately to avoid a rail strike and a catastrophic shutdown of the freight rail system,” adds Shay. “Smooth and stable operations on the rails is absolutely crucial this holiday season and should not be derailed by a rejection of the contract. Eight of the 12 unions have ratified the agreement, while four have rejected it. The parties must work out the issues and ratify the contract without a disruption to the system. If not, Congress must step in to prevent a strike before the end of the cooling off period on Dec. 8.”

Consumer Brands Association (CBA) echoed the need for "swift congressional intervention to prevent a national freight rail shutdown," as the stopping of rail service would greatly imperil product availability, shut down manufacturing lines and cut off consumers’ access to everyday essentials, according to a CBA statement.

"The nation’s rail system plays a important role in the supply chain, including the movement of perishable commodities through the cold chain,” says Lowell Randel, SVP of government and legal affairs, Global Cold Chain Alliance (GCCA). “Given ongoing supply chain disruptions and the persistent shortage of truck drivers, a potential rail strike would have significant negative impacts on the ability to efficiently move food and other essential products through the supply chain. GCCA urges Congress and the Administration to proactively advance legislation to avoid any work stoppages and maintain rail operations at this critical time.”

“With yet another union voting today against ratification of the tentative deal struck September 15, these concerns are reaching a fever pitch, and we urge you to take action now rather than wait until the last minute to intervene,” Madrecki said.

President Biden prevented the initial strike in September by enforcing a 60-day cooling off period. The White House has yet to make a statement on the impending rail strike, but stay tuned for additional details.