With advanced ETAs and other visibility and operating improvements that have been made by North American railroads, food shippers are poised to realize major benefits in their supply chains. 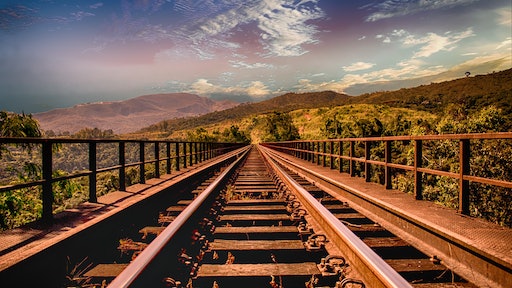 Here is some good news for food shippers who struggle with driver shortages and high trucking costs—North American freight rail service is becoming more attractive as new services and improved tracking technology are ready to serve up more options and better shipment predictability.

For food shippers, the benefits of switching shipments from highway to rail are significant:

·       Sustainability. On average, 1 ton of rail freight moves 480 miles on 1 gallon of fuel, and shippers who convert from truck to rail lower greenhouse gas emissions by 75%.

A major technology advance was made with the implementation of Positive Train Control (PTC). Again, largely funded by the railroad industry, PTC provides more reliable, automated protection against derailments and collisions. Initially intended as a safety initiative, PTC also introduced a new generation of technology developers to the opportunities they could pursue in the railroad industry.

Recognizing that food and other rail shippers need timely and accurate shipment status to manage inventory and plant operations, railroads have most recently deployed technology solutions to meet the challenge of improving shipment visibility.

While individual railroads provide good visibility and estimated times of arrival for shipments moving on their individual lines, the situation can become more complex when more carriers are involved.

Food shipments in particular often originate from a highway-served facility where trucks are loaded and sent to a rail carrier for long-haul transport. Many of these rail moves can be routed over two or more large railroads, and then handed off to a short line railroad and/or trucker for the “final-mile” delivery.

Connecting all these dots has been the challenge for food shippers, who need to know where their products are and when they will arrive at their ultimate destination.

Teams of industry transportation experts, UX designers, data scientists and critical thinkers have used artificial intelligence (AI) and machine learning to create advanced ETA models. They have been built on thousands of origin-destination pairs that can quickly and accurately account for complex operating practices to predict and update expected arrival times in real time as shipments move over the rail network.

Initial results have already shown a marked improvement in arrival time prediction accuracy compared with the traditional ETA models, which are built largely on historical information.

With advanced ETAs, the baseline historical data is just a starting point. Utilizing sequence modeling, the system itself learns with the passage of time how to identify the most important sequence elements and other real-world factors that will impact a shipment’s arrival time.

This way, the advanced ETA system can instantaneously update the arrival predictions as often as necessary to keep receivers apprised of the status of their inbound flow of ingredients and food products.

For example, if a train that is being tracked moves quickly through a certain location, this could be a signal that the train is on a high priority schedule and the system will take that into account in calculating how the train will perform for the balance of its trip.

The first application of the ETA system has focused on high-volume intermodal lanes, which are often the services used by food shippers for speed and reliability. With enhanced ETA accuracy, food shippers will be able to more efficiently plan terminal operations, reduce the risk of missed delivery and eliminate the domino effect of unexpected supply chain delays.

Intermodal services are usually most efficient for movements of a few hundred miles or more, and handle most of the equipment types suitable for food products and inputs. Refrigerated, tank and dry containers and trailers all move through the North American network of intermodal trains that serve every part of the continent.

With advanced ETAs and other visibility and operating improvements that have been made by North American railroads, food shippers are poised to realize major benefits in their supply chains.