Research: Global truck platooning market to reach $4.59B by 2025

The blind spot warning segment is projected to register the fastest CAGR of 38.4% during the forecast period. 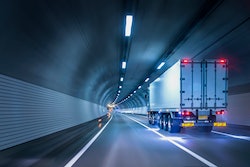 However, the BSW segment is projected to register the fastest CAGR of 38.4% during the forecast period, owing to its ability to provide reliable information regarding vehicle's blind spot, safe lane changing and high level of safety.

Based on communication technology, the market is divided into vehicle-to-infrastructure (V2I), vehicle-to-vehicle (V2V) and vehicle-to-everything (V2X). The North America region held the largest share, contributing nearly half of the total share in 2017. However, the market across the LAMEA region is projected to manifest the fastest CAGR of 36% during the forecast period.