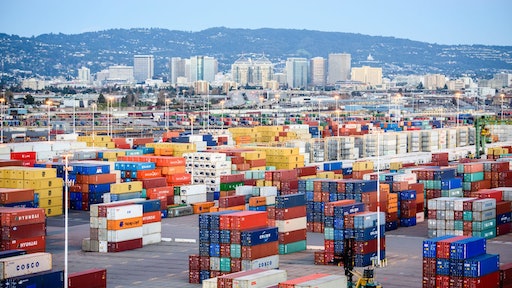 Seasonal demand for holiday shopping and a strong economy is helping drive growth at ports, though, shippers are reportedly accelerating orders to avoid the impact of tariffs before they go into effect in January. It is unclear if imports will take a hit early on in the new year.

Currently, the port of Oakland's volume is up 2.7 percent since 2017, additionally Chinese imports have increased 5 percent this year as well. However, exports to china have fallen 33 percent in 2018 largest in part of the country's new restrictions on wastepaper shipments.

Still, other countries are adding on to exports to make up for China's decline. Exports to Vietnam rose 96 percent while exports to Taiwan rose 37 percent in September.