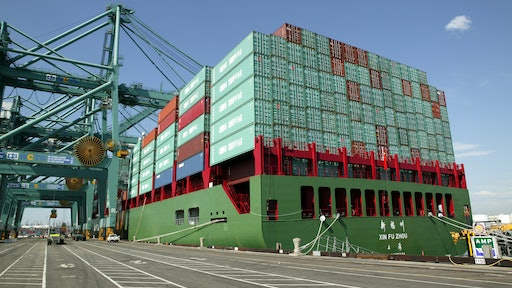 In its most recent edition of “Ask the Expert,” Transwestern explores how the dominant U.S. seaports are on similar tracks to increase their share of global trade in containerized goods. The Ports of Los Angeles and Long Beach on the West Coast and the Port of New York and New Jersey on the East Coast have devoted the better part of two decades to deepening channels, raising bridges for greater clear heights, investing in greater terminal automation and shoring-up dockside infrastructure to handle ever-larger ships.

Authors Michael Soto and Matthew Dolly explain how industrial development is driving rent growth in both markets. Most notably, as activity at the major ports increases, rising transportation costs and access to labor are overshadowing rental rates as the top factors that companies consider in selecting space.

California’s proximity to manufacturers in Asia has made the Port of Los Angeles and nearby Port of Long Beach the dominant U.S. entry point, receiving 50 percent of all containerized goods shipped to the United States. The Port of New York and New Jersey, by contrast, recognized the promise of larger ships passing through the Panama Canal as an opportunity to capture new business.

“The Port of New York and New Jersey is catching up to its West Coast rivals thanks to increased traffic from the Panama Canal,” said Dolly, director of research for New Jersey. “The higher demand has pushed existing buildings and developable land to premium prices, with cap rates now roughly equal to those near the Southern California ports.”

The Ports of Los Angeles and Long Beach remain No. 1 and 2, respectively, in terms of annual container volume. Collectively, the two Southern California ports handled 15.6 million TEUs in 2016, or 32 percent of national volume, and their combined volume is expected to grow 3.9 percent annually through 2040.

“Proximity to customers is the top priority for retailers and manufacturers, so many are willing to pay higher rents to be closer to the population center,” said Soto, research manager for the Southern California region. “Even with more plentiful land in the Inland Empire, developers are weighing how far away they can build before the distance makes a location impractical for distribution centers.”

The largest ports on both coasts have demonstrated their commitment to serving the largest container ships and maintaining high volumes of cargo traffic. In 2016, New Jersey’s Transportation Trust Fund established $400 million in annual funding devoted to road, bridge and transit improvements, vital to ensuring the stability and expansion of the local economy and transportation network. Major improvements are ongoing in Southern California as well, including the $1.5 billion replacement of the Gerald Desmond Bridge, to be completed in 2018.