Short-sea shipping mode has been hard to jumpstart without government subsidies because most shippers have been reluctant to sacrifice speedier transit times and the lack of dedicated port infrastructure for transfer of containers from trucks to barges. 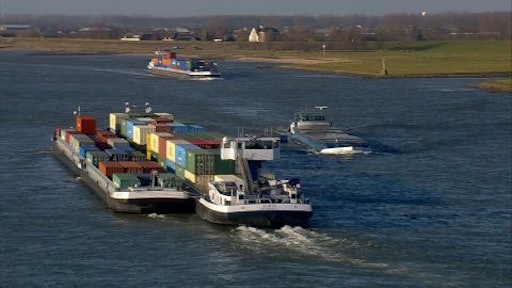 The U.S. Maritime Administration has announced grants aimed to support five initiatives designed to transport freight on rivers to help relieve congestion on highways and reduce diesel pollution from trucks.

The U.S. Maritime Administration recently announced $4.85 million in grants to support five initiatives designed to transport freight on rivers to help relieve congestion on highways and reduce diesel pollution from trucks. The grants will help expand three existing marine highway operations across New York Harbor; operations along the Mississippi River between New Orleans, La. and Memphis, Tenn.; and on the James River between Richmond and the Port of Norfolk in Virginia.

The Maritime Administration awarded the first round of Marine Highway Grants six years ago as part of its effort to stimulate cargo diversion to coastal and inland waterways, especially barge services that haul containers. But the short-sea shipping mode, as some refer to it, has proven problematic to jumpstart without government subsidies because most shippers have been reluctant to sacrifice speedier transit times and the lack of dedicated port infrastructure for seamless transfer of containers from trucks to barges.

• The Illinois Container on Barge Shuttle Project ($713,000), sponsored by America’s Central Port in Granite City, Ill. The Illinois Container on Barge Shuttle is an 18-month demonstration project to provide shuttle service for agricultural customers moving containerized exports between southern and northern Illinois to access the Union Pacific and BNSF rail ramps. The shuttle service will operate on the Illinois and Mississippi Rivers between Channahon and Granite City, Ill., with an option to extend container-on-barge service to the Gulf of Mexico ports in concert with related Marine Highway Designation.