Hapag-Lloyd has voluntarily undertaken only to use fuel with a sulfur content of less than 0.5 percent while its ships are docked at the terminal. 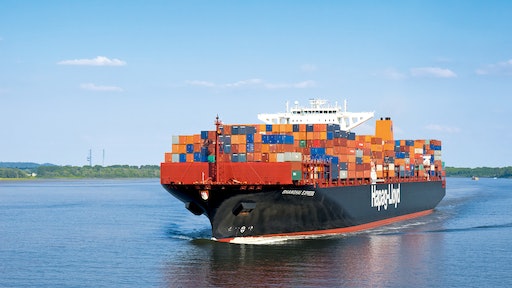 The companies at stake are Hapag-Lloyd, Hanjin, Hyundai Merchant Marine (HMM), MOL, NYK, ‘K’ Line, Yang Ming, and UASC, along with Hamburg Sud which has a series of agreements with UASC.

Hapag-Lloyd and the Chinese Port of Shenzhen entered into an agreement to cut sulfur oxide emissions. Under the agreement, Hapag-Lloyd has voluntarily undertaken only to use fuel with a sulfur content of less than 0.5 percent while its ships are docked at the terminal. In doing so, Hapag-Lloyd is increasing its existing efforts to improve air quality in port cities.

“By joining the Shenzhen Port Green Convention, Hapag-Lloyd has once again demonstrated its commitment to environmental and health protection on a voluntary basis that goes beyond national and international requirements, thus emphasizing how important this is to our Company,” explained Hapag-Lloyd’s Chief Operating Officer Anthony J. Firmin.

Hapag-Lloyd has already participated in various voluntary environmental protection programs that promote the use of low-emission fuels while ships are in port. Past examples of these include the At Berth Clean Fuels Program in Seattle, the Port Metro Vancouver Blue Circle Award  and the Fair Winds Charter in Hong Kong.

Outside of ports, Hapag-Lloyd also takes its responsibility for air quality protection seriously. For example, its vessels operate using fuel with an average sulfur content of only 2.1 percent when they are outside sea areas designated as Emission Control Areas (ECAs). This is significantly below the current limit of 3.5 percent specified by the International Maritime Organization (IMO). When they are inside ECAs, Hapag-Lloyd’s ships only use fuel with a maximum sulfur content of 0.1 percent, as required.