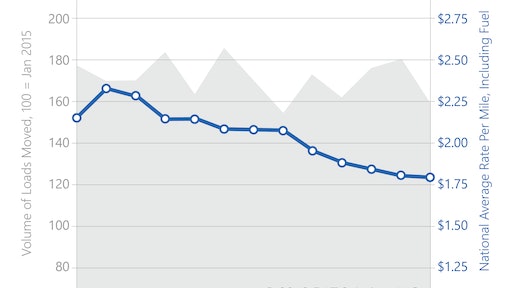 The number of full-truckload van loads moved on the spot market declined 12 percent in May compared to April, according to the DAT Truckload Volume Index. Van load counts were down 10 percent compared to May 2018. Van trailers haul approximately 70 percent of all truckload freight. 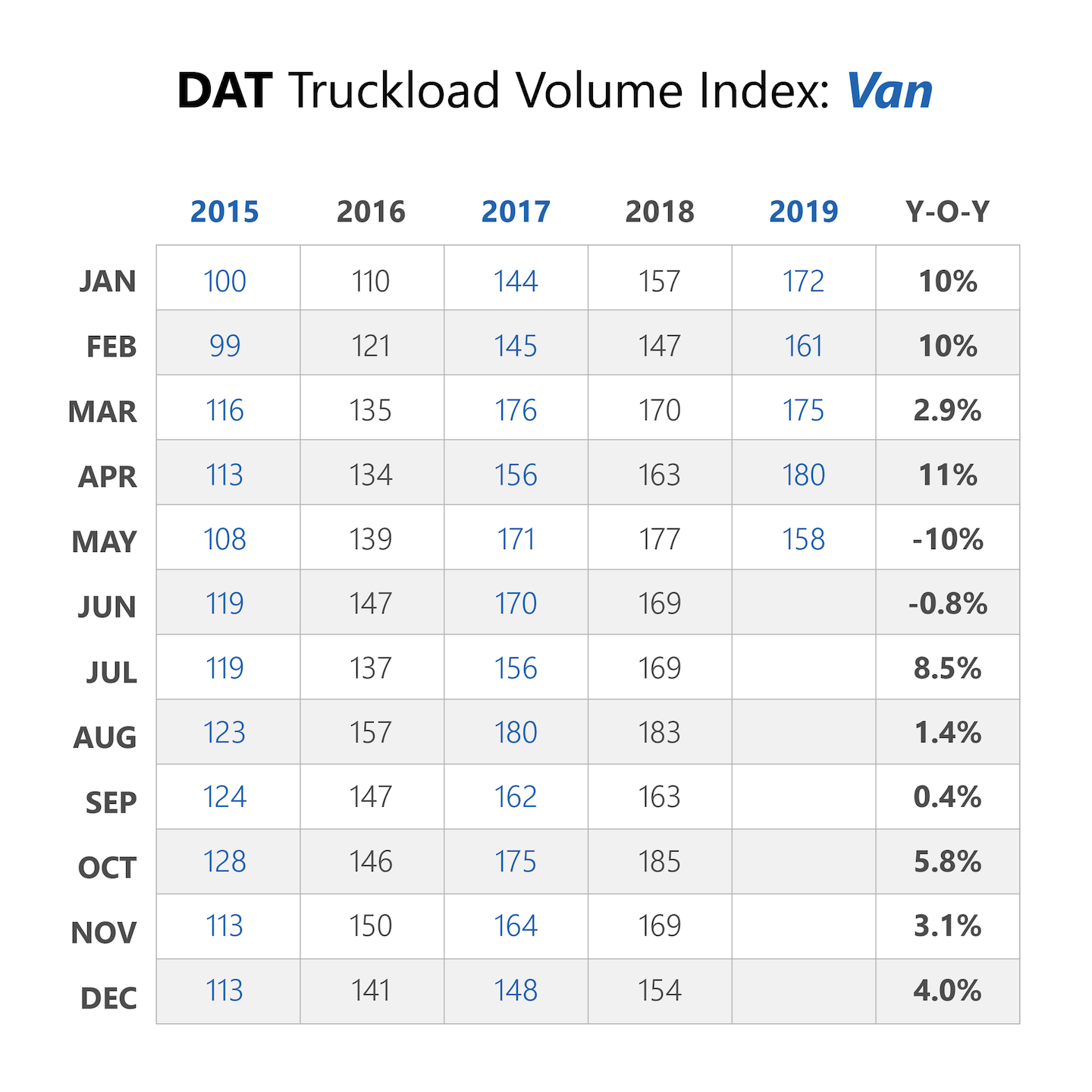 Uncertainty over trade agreements and slumping imports from China seemed to dampen truckload demand. Record rainfalls, flooding, and tornadoes also hampered freight movements in many parts of the country.

Agriculture producers saw their supply chains disrupted by the weather, with many harvests ruined or delayed. As a result, refrigerated (“reefer”) volumes declined 8.3 percent month over month and fell 12 percent year over year. 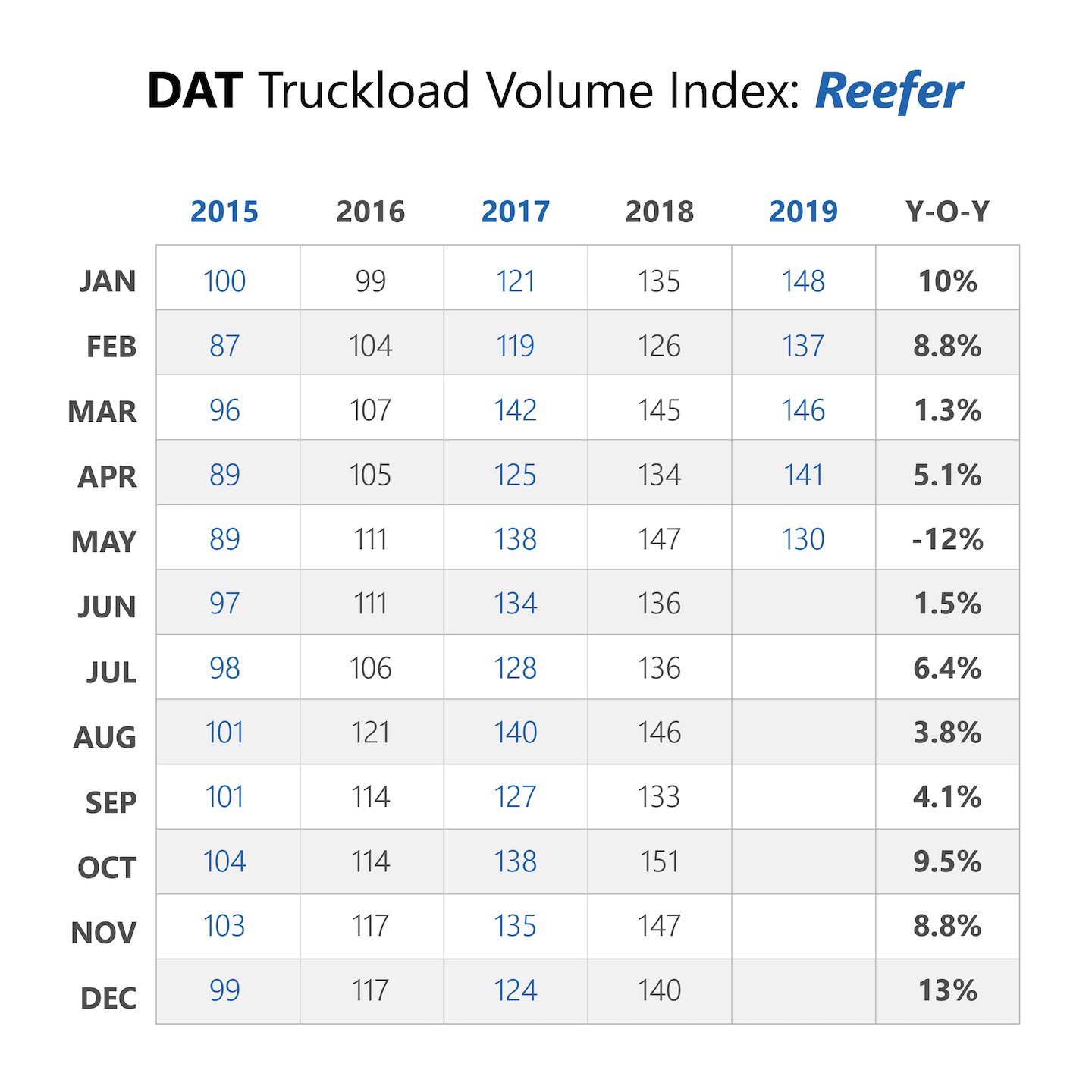 “After a lackluster May, June is shaping up to be a pivotal month for trucking,” Montague says. “We will know soon whether the volumes we expected in May were simply delayed. If so, the pent-up demand could boost seasonal volumes at the close of Q2.”

The DAT Truckload Freight Volume Index is based on load counts and per-mile rates recorded in DAT RateView, with an average of 3 million freight moves per month. Spot market information is based on transactions arranged by third-party logistics (3PL) companies, while contract volumes and rates are arranged between shippers and carriers, with no intermediary.

Automation is the Epicenter of Supply Chain Resilience

Historically under-invested and the connection point between warehouses and over-the-road trucking, distribution yards are the ideal next place for autonomous systems.
Outrider
April 30, 2021