Tesla is Getting Closer to an Autonomous Long-haul Semi-truck

Tesla’s development of a long-haul, electric semi-truck that can drive itself and move in "platoons" that automatically follow a lead vehicle is getting closer to testing a prototype. 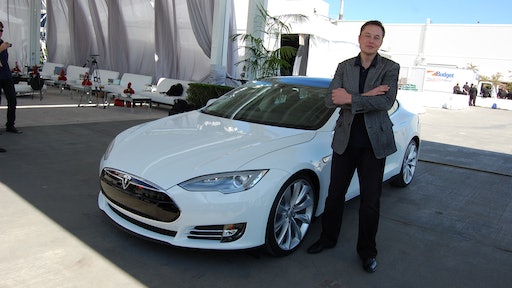 Tesla’s development of a long-haul, electric semi-truck that can drive itself and move in "platoons" that automatically follow a lead vehicle is getting closer to testing a prototype, according to an email discussion of potential road tests between the car company and the Nevada Department of Motor Vehicles (DMV), seen by Reuters.

The correspondence and meeting show that Tesla is putting self-driving technology into the electric truck it has said it plans to unveil in September, and is advancing toward real-life tests, potentially moving it forward in a highly competitive area of commercial transport also being pursued by Uber Technologies Inc and Alphabet Inc's Waymo.

By incorporating geo-location capabilities, retail merchants and restaurants can now eliminate customer waiting times by bringing orders directly to their vehicle as they arrive.
Citrus
September 21, 2020