Norfolk Southern Corp. confirmed that the company's board of directors will carefully consider the publicly disclosed, revised proposal from Canadian Pacific with the assistance of its financial, legal and regulatory advisors. 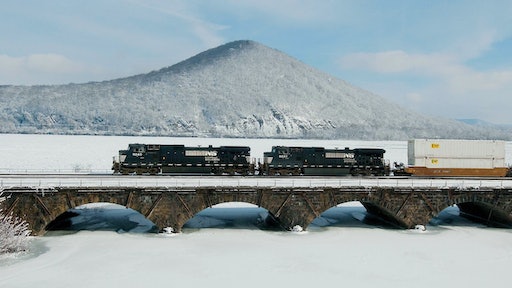 Norfolk Southern Corp. confirmed that the company's board of directors will carefully consider the publicly disclosed, revised proposal from Canadian Pacific with the assistance of its financial, legal and regulatory advisors.

Norfolk Southern noted that the latest revised proposal provides for a contingent value right (CVR). Other than the addition of a CVR, the latest revised proposal did not change any of the terms of the prior, reduced proposal dated Dec. 7, 2015, that was previously unanimously rejected by the Norfolk Southern board, and did not address the substantial regulatory risks and uncertainties inherent in the proposed combination.

As Norfolk Southern previously stated, if Canadian Pacific is confident that its proposed voting trust structure works, Canadian Pacific can seek a declaratory order to that effect from the STB now. The STB has clear, statutorily-established authority to issue declaratory orders to remove uncertainty, and there is precedent for it doing so in the voting trust context.

A new report shows that more than half of freight forwarders are concerned that the peak season will bring more chaos than last year.
Container xChange
May 27, 2022
Follow Us