National Retail Federation vice president for supply chain Jonathan Gold thinks "It’s time for the White House to immediately engage in this critically-important economic priority and force the two sides to remain at the table until a deal is done." 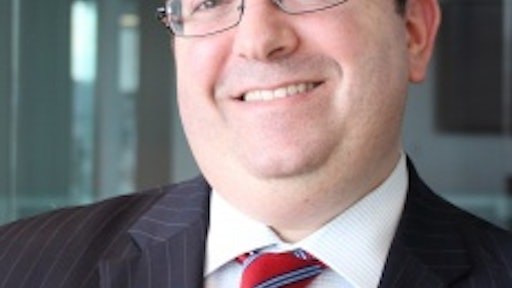 The National Retail Federation issued the following statement today from vice president for supply chain Jonathan Gold on the news that terminal vessel operations at the West Coast ports have been suspended:

“The continued intransigence by labor and management to reach a new contract is unacceptable. Retailers and the rest of the supply chain are frustrated beyond belief.

“The slowdowns need to end. The brinkmanship needs to stop. The ILWU and PMA are delaying cargo and merchandise in the short-term while harming the competitiveness of the West Coast ports in the long-term. This stalemate is hurting American businesses, their employees and consumers.

“If the ILWU and PMA are serious about reaching a new labor contract, they need to remain at the table.

“It’s time for the White House to immediately engage in this critically-important economic priority and force the two sides to remain at the negotiating table until a deal is done. The time for monitoring has passed. The time for action has come.”