An attempt to remove the project from a regional road plan failed Thursday with an 8-10 vote in the Metropolitan Planning Organization Policy Committee. 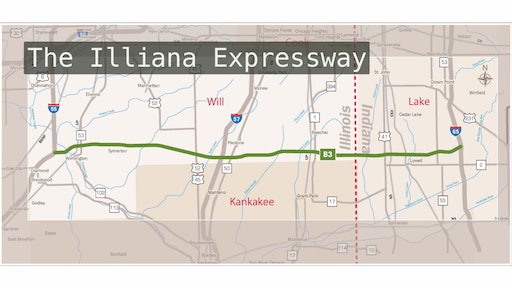 The Illiana Expressway project, a proposed toll road in northeastern Illinois and northwestern Indiana, withstood a second attempt Thursday to end the proposed highway, according to The Morris Daily Herald in Morris, Ill.

An attempt to remove the project from a regional road plan failed Thursday with an 8-10 vote in the Metropolitan Planning Organization Policy Committee. Another vote added the Illiana to updates in a long-term GO TO 2040 regional plan.

Illiana opponents on the Chicago Metropolitan Agency for Planning (CMAP) board failed to get the supermajority needed to remove the project from long-term plans.

CMAP staff have made a case that the Illiana Expressway could cost taxpayers more than $1 billion despite plans to build it in a public-private partnership.

As demand continues to rise into 2023, competition and costs will be top trends in food delivery, putting pressure on food delivery providers to be more efficient with delivery.
Onfleet
January 2, 2023
Follow Us