Switching to low-sulfur fuel on a global basis in 2020 could cost the container shipping industry up to $100 billion per year.

The Journal of Commerce 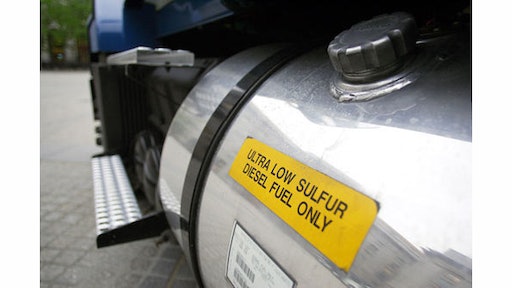 Switching to low-sulfur fuel on a global basis in 2020 could cost the container shipping industry up to $100 billion per year, which will likely cause container freight rates to rise as carriers attempt to pass the costs onto beneficial cargo owners, according to The Journal of Commerce.

MARPOL Annex VI standards call for all marine diesel fuels to be subject to a 0.5 percent sulfur limit in 2020, or possibly 2025, pending completion of a review on the expected availability of the low-sulfur fuel, to be completed by the International Maritime Organization no later than 2018. The 2020 implementation date could be delayed to 2025 if the IMO determines there is insufficient compliant fuel available.

Whether the specific price differential proves to be lower or higher, the 0.5 percent global sulfur fuel standard represents the single largest regulatory cost increase experienced by the container shipping industry, according to the World Shipping Council. Gross estimates of additional fuel costs suggest that the industry will collectively pay $75 billion to $100 billion to comply with the 0.5 percent sulfur limit, derived from the maritime industry’s annual consumption of 250 million metric tons of heavy fuel oil and based on the differential cost of $300 to $400 per metric ton between heavy fuel oil and lower sulfur distillates, according to references from the World Shipping Council, BIMCO and International Chamber of Shipping. A lower estimate of $50 billion per year may be plausible if blending practices lead to a smaller differential of $200 per metric ton, although actual cost burdens will depend on future price changes for specific fuel blends as well as overall fuel consumption.