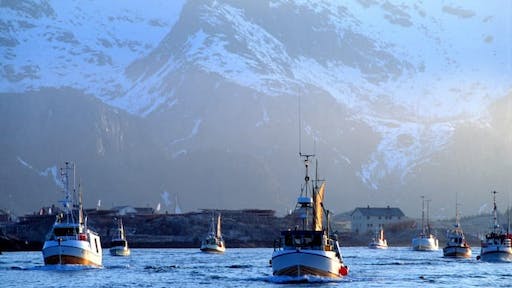 As food producers, both wild fisheries and aquaculture are considered of critical importance to society. Together with the transport sector, the seafood producers are aiming to keep up supply of Norwegian seafood, both in Norway and abroad.

On Saturday, March 14, the Norwegian Ministry of Trade, Industry and Fisheries issued a formal letter identifying the value chain supporting food production and delivery as critical functions to society. “The Norwegian seafood industry plays a very important role in the food supply chain, not only in Norway, but across the world. In these difficult times it is important to keep society going, and ensure that everyone has access to healthy and nutritious foods,” says Odd Emil Ingebrigtsen, newly appointed Minister of Fisheries and Seafood in Norway.

Access to healthy and safe foods is more important than ever.

In Norway, like in most other European countries, the government has taken drastic steps to halt the spread of the COVID-19 virus. Schools, cinemas, restaurants and bars have been told to close and citizens are encouraged to stay at home as much as possible. As an industry of critical importance, the seafood industry will have access to childcare, and the transport industry is exempt from some of the strictest quarantine regulations for personnel to ensure the flow of goods across borders.

Borders are not shut for goods transport.

Despite many borders across Europe now being shut, they are not closed to goods transport. This is confirmed in a March 15 statement from the Norwegian government, and also reflects the issued guidelines from the European Commission. For overseas markets, extra air freight routes are being established as passenger flights are suspended.

Norway exports 95% of its seafood, and many countries depend on Norwegian seafood to meet local demand. The Norwegian industry is now working together with the Norwegian government to ensure deliveries and logistics can continue to operate as smooth as possible in a very uncertain situation.

“For Americans, these are unprecedented times. There is some uncertainty about what is to come within the upcoming months. However, what we do know is that consumers will most likely continue to place a high value on their food. Luckily for both Norway and the United States, Norway is able to provide both countries with some of the most nutritious, healthy food around. As a seafood-focused nation, ensuring that we are able to provide a stable supply is critical to Norwegian society and we do not take this responsibility lightly,” says Sundheim.