Focusing on the safety of their products, food brands and associations are looking to executive leadership. 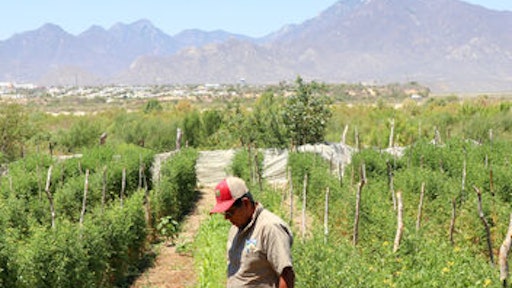 United Fresh is focusing on strategy for its 2020-2021 timeline with a new slate of officers and directors on its board.

Chairman of the board is now Michael Muzyk, president of Baldor Specialty Foods Inc., who started out in the industry with hands on experience as a chef. Senior vice president of N.A. sales and product management of Del Monte Fresh Produce Danny Dumas is now chair elect, while Michael Castagnetto, Robinson Fresh president, becomes secretary-treasurer.

Current chairman Greg Corrigan who is also the CEO of United Vegetables Growers Cooperative is moving to Immediate Past Chair. He will stay on the board and executive committee.

Former J.M. Smucker Company and Kraft Foods executive Brad Horn is joining Litehouse Inc. as vice president of retail sales, while Chris Blanford is promoted to senior director of marketing from within.

Horn is responsible for overseeing the produce and deli sales team. Blandford is focused on building marketing strategies to drive brand awareness. He moves up from his position as director consumer marketing and communications that he has held since 2017.

Prior to Litehouse, he’s held various executive roles in marketing and advertising.

Day-to-day sales and marketing of Jacobs Farm and Del Cabo brands has gained a new leader. Brad Stark comes from Awe Sum Organics in sales and is moving back to Jacobs Farm Del Cabo as sales manager.

Previously, Stark worked in sales at Jacobs before taking a brief hiatus while working for Awe Sum.

Krista Krish joins the network as business development manager in the east, coming from Ceva Animal Health. She was a bacteriology research and development scientist at Ceva, which specializes in poultry vaccines.

Swanson is also responsible for overseeing 20 Martin’s Super Markets integrating into SpartanNash stores. In addition to six years total at SpartanNash, he has more than 30 years in the grocery retail field.

A partnership leads to greater value. It’s the difference between saving $100 on a shipment or saving 10% on total freight spend
August 1, 2021
Latest

Refrigerated Goods Trucking Global Market to Reach $50.02B in 2021

The growth is largely attributed to companies having to rearrange operations due to the Coronavirus disease (COVID-19) pandemic by social distancing, remote working and certain closures of commercial activities
Research and Markets
July 6, 2021

A partnership leads to greater value. It’s the difference between saving $100 on a shipment or saving 10% on total freight spend.
August 1, 2021

FreshOne is the right partner for all things fresh and frozen thanks to its continued flexibility, creativity and customer service. Learn more in this whitepaper!
FreshOne
May 26, 2021

Increased traceability, the advanced capabilities of mobile and 5G and breakthroughs in packaging will all improve the ease of food supply chain management.
VAI (Vormittag Associates, Inc.)
April 24, 2021

A partnership leads to greater value. It’s the difference between saving $100 on a shipment or saving 10% on total freight spend
August 1, 2021
Follow Us