A history of the global supply chain's search for the last link to keep perishable goods at controlled temperatures. 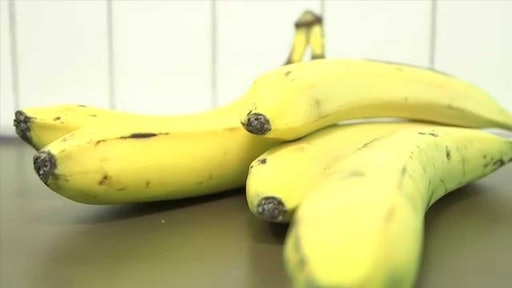 In 1870, one of the co-founders of the United Fruit Company, Lorenzo Dow Baker, ferried some gold prospectors up the Orinoco River. When his boat sprang a leak on the way home to New England, he docked in Jamaica for repairs.

What does this have to do with refrigeration? Bananas.

Baker had money in his pocket, and he liked to gamble, so he bought bananas, backing himself to get them home before they spoiled. He managed it (just), sold them for a healthy profit, and went back for more.

Bananas became a delicacy in port cities such as Boston and New York. But they were a risky business. Their shelf-life was right on the cusp of the sailing time. When they arrived, they were too ripe to survive onward journey inland. If only you could keep them cool en route, they'd ripen more slowly, and reach a bigger market.

But bananas weren't the only foodstuff prompting interest in refrigerating ships. Meanwhile, in Cincinnati, a young black boy was facing up to life as an orphan. Frederick McKinley Jones would become a prolific inventor, and by 1938, when his boss's friend, who ran a trucking business, complained about the difficulties of transporting perishable goods by land, the last link in the cold chain would be complete. The result was a new company, Thermo King.