Mexican craft breweries are expanding, yet the lack of cold chain storage and shipping significantly slows the market beyond local transport. 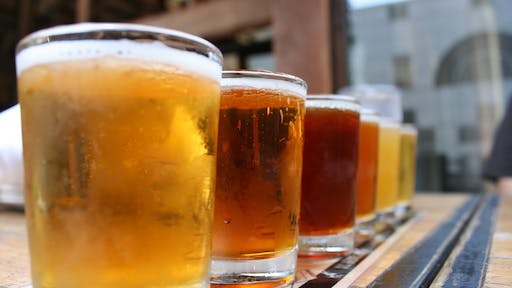 On a warm sunny day along the coastal city of Ensenada, Mexico, finding a refreshing craft beer can be challenging.

Mexican craft breweries are expanding, yet the lack of cold chain storage and shipping significantly slows the market beyond local transport. Nathaniel Schmidt, owner of Cerveceria Agua Mala outside of Ensenada, has no trouble identifying opportunities for third-party logistics (3PL) providers. “Our biggest hurdles are cold shipping and cold storage,” he says. “These are serious issues. And we are not at a place where we can tell our distributors that they have to do it. It doesn’t exist.”

In the United States, distributors like Trinity Logistics pride themselves on their alcohol cold chain service, which includes embracing the complexities of the three-tier system, created after the repeal of Prohibition in 1933 to limit the power of “tied-houses,” or retailers tied exclusively to a specific brewer. While Anheuser-Busch may not have exclusive retailer rights in the United States, big breweries have market dominance in Mexico, due simply to refrigeration.

According to Schmidt, when he looks to go to a new bar, the first thing they say is, “bring me a refrigerator.” There is no culture of refrigerated transit nor storage for beer in much of Mexico, confirms a 2015 report by the Brewers Association. While importers to Mexico connect cold chain to quality, the cost increase of 25 percent leads importers to often choose international brands without a refrigerated transportation condition. For Mexican retailers used to leaving pallets of big beer brands baking outside in the sun, “it’s a work in progress,” he says, for cervezas artesanales.

Craft breweries looking to increase distribution within Mexico have learned to be wary. With notable exception of top Mexican cold chain suppliers Frialsa and Bajo Cero, when Cerveceria Wendlandt’s Noriega asks, “Do you have controlled temperature?” Ninety-nine percent of them don’t.

The International Trade Administration’s 2016 Top Markets Report cites the potential for 30 percent growth for cold chain service providers in Mexico. Such growth is dependent on upgraded infrastructure in transit, stable government and electricity supply. Until then, Collin Corrigan, of Cerveceria Transpeninsular, emphasizes that Mexican breweries should focus on increasing the local market and a brewery’s own tap room for growth. As for the lack of reefers in Baja? He says, “We send beer in trucks that are ice trucks. Shipping the kegs inside chipped ice, that’s 1940’s bootleg style. It’s awesome.”

In his business of distribution class at San Diego State University, Chad Heath, senior director of Stone Distributing, shares how his team looks at a brewery’s ability to scale and grow, and how it will translate and resonate with those outside their home market. Breweries like Wendlandt, which has collaborated with at least three of the breweries in the Stone portfolio, benefit knowing that “this distributor knows about beer, they have a good warehouse, they have a good temperature, and they know what they are doing,” Heath says. All of Stone’s drivers are Cicerone Certified, with a full fleet of bio-diesel powered reefers and 36,000-square-feet of cold storage.

Jamie Herrera earned her master’s in international management from UC San Diego, and seeks to connect people across cultures through trade and collaboration across borders. Herrera was a recipient of a scholarship from the Pink Boots Society, an international association for women in the beer industry, and recently completed a class on beer distribution.