The agreement, which is tentative, caps weeks of back-and-forth over price, with SABMiller saying three previous overtures undervalued its business. 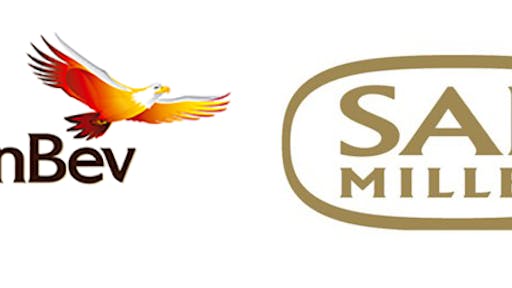 Anheuser-Busch InBev NV closed in on the biggest corporate takeover in U.K. history after proposing to pay almost $106 billion for SABMiller Plc to create a brewer selling one in every third beer worldwide, according to Bloomberg.

The maker of Budweiser agreed to pay 44 pounds a share in cash for a majority of the stock, the companies said Tuesday. SABMiller said its board is prepared to recommend the offer, as shares in the target rose as much as 9.4 percent to 39.62 pounds in London. A successful takeover would give AB InBev beer brands such as Peroni and Grolsch and control of about half of the industry’s profit.

The agreement, which is tentative, caps weeks of back-and-forth over price, with SABMiller saying three previous overtures undervalued its business. After years of speculation, AB InBev’s pursuit of its nearest rival was hastened by the drag of slowing economies in the emerging markets of China and Brazil. For AB InBev Chief Executive Officer Carlos Brito, the combination would cap a $90 billion deal making spree over the last decade, turning a regional brewer into the undisputed global leader.

The SABMiller proposal is an acquisition partly borne out of necessity, with AB InBev’s growth set to slow over the next five years, estimates compiled by Bloomberg show.
A 20 percent drop in SABMiller shares in the months preceding the approach and the prospect of an end to cheap credit also served as a catalyst to a takeover.

The takeover would be the largest in U.K. history, surpassing this year’s 47 billion-pound purchase of BG Group Plc by Royal Dutch Shell Plc. It would also be the biggest deal of 2015, already a bumper year for deal making, according to data compiled by Bloomberg.

Editors Insight: It will be a while before beverage supply chain service providers understand the full impact of this huge merger, which faces regulatory approval. There is a chance that Anheuser-Busch may have to sell its 58 percent stake in the MillerCoors joint venture, The New York Times notes. Similar disposals could be required in other countries.

This merger is a major example of the continuous globalization of the beverage supply chain. SAB Miller was an attractive target for AB InBev for many reasons, one being SAB Miller’s presence in the fast-growing African market and the steadily rising Latin American market.

Food and beverage companies are expanding to meet growing consumer demand. As a result, the demand for food and beverage supply chain services also expands. 10-13-15 By Elliot Maras