BICEP, a project of Ceres, was launched in 2008 with a core group of five companies, including Starbucks, Nike, and Timberland. 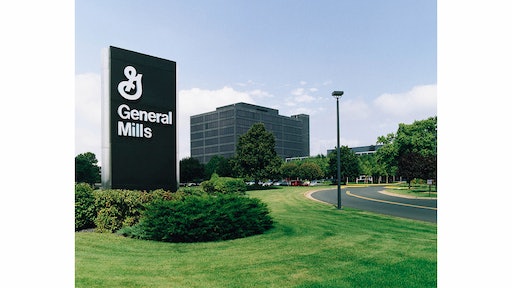 BICEP (Business for Innovative Climate & Energy Policy) announced that one of the world’s largest and most storied food companies, General Mills Inc., has joined the BICEP coalition to advocate for innovative climate and clean energy policies.

BICEP, a project of Ceres, was launched in 2008 with a core group of five companies, including Starbucks, Nike, and Timberland. It has since expanded to 31 leading companies, such as eBay Inc., Symantec and Jones Lang LaSalle, which represent a broad spectrum of business sectors. BICEP members have been vocal proponents of renewable energy, greener transportation, and stricter pollution controls on power plants.

General Mills, with worldwide sales of $17.9 billion, produces and markets foods for more than 100 consumer brands, including Cheerios, Green Giant, Nature Valley, Old El Paso and Pillsbury. The 148-year-old company’s sustainability platform includes goals for sustainably sourcing its top key ingredients by 2020 and for reducing its energy use and greenhouse gas emissions (GHG).

“General Mills has long recognized the need to mitigate the risks that climate change presents to our planet, our business and each one of us. Science-based evidence underscores the urgency to take action and form effective and efficient climate and energy policies,” said Ken Powell, General Mills chairman and CEO. “BICEP will be a key partner for us as we advocate for large scale progress on this issue.”

General Mills is also working to reduce GHGs from its agricultural products through collaboration with the Michigan Milk Producers Association to measure the carbon footprint of milk production and processing. General Mills is a leader in Field to Market: The Alliance for Sustainable Agriculture, which among its many sustainability initiatives is addressing GHG emissions stemming from row crops.

To combat GHG emissions from deforestation, General Mills committed to sourcing 100 percent of its palm oil from responsible and sustainable sources by 2015. Deforestation is a major contributor to global climate change, accounting for an estimated 15 percent of global GHG emissions. Already, General Mills is sourcing more than 50 percent of its palm oil sustainably, and expects to hit 75 percent by the end of calendar year 2014.

By joining BICEP, General Mills has committed to expanding its global sustainability efforts by working with businesses and policymakers to enact meaningful energy and climate policies.

“General Mills is showing increasing leadership on climate change and we are proud to welcome the company as our newest member of BICEP,” said Mindy Lubber, Ceres president. “With General Mills’ global commitment to sustainable sourcing and the work it is doing to reduce GHG emissions in its direct operations and in agriculture, the company brings a lot to the table. We are certain General Mills will be an effective advocate for strong climate and energy policies.”