DHL Global Forwarding announced it has set a record number of air and ocean freight charters in 2013 transporting perishables from South America, primarily Chile to Asia and Argentina to the U.S. market. 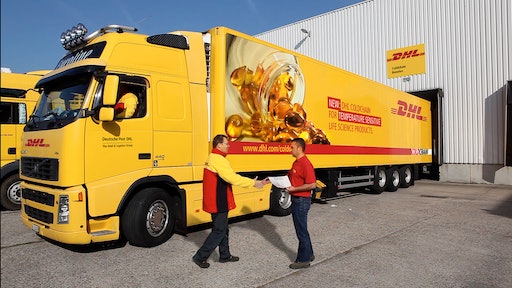 DHL Global Forwarding, the air and ocean freight specialist within Deutsche Post DHL, announced it has set a record number of charters in 2013 transporting perishables from South America, primarily Chile to Asia and Argentina to the U.S. market. Beginning with the launch in 2009 of six exclusive charters from Argentina and 10 from Chile, DHL Global Forwarding's focus has been on transporting perishables for medium-size exporters.

"Despite freezing temperatures, heavy rain, hail and a gloomy forecast for the 2013 blueberry and cherry season in Argentina and Chile, charters transporting these delicate fruits proved to be exceptional," said Roland Zach, vice president of Starbroker and head of global charters for DHL Global Forwarding. "At DHL Global Forwarding we have been working diligently with our in-house carrier StarBroker to help exporters supply an eager Asian market and fill a gap for fresh fruit during certain peak seasons."

For StarBroker, DHL Global Forwarding's in-house air freight carrier and charter broker, this season's record charters on their MD11F flights from Santiago, Chile to Miami, Fla. resulted in close to 30 flights, a large percentage of the carried fruits are destined to various locations in Asia. Starting in 2012, for the first time in DHL Global Forwarding's history, flights were sent directly from Chile to South Korea and then distributed to various locations in Asia. The Chilean blueberries and cherries are meeting an increasing need for these fruits in China, Hong Kong, Kuala Lumpur, Japan, South Korea and Singapore, among other markets. For Argentina, DHL Global Forwarding via StarBroker transported in the 2013 seasons close to 20 charter flights of blueberries from Tucuman Airport in northern Argentina to Miami for distribution in the U.S.

"We have trusted DHL Global Forwarding for five years to transport our blueberries from the south of Chile to Santiago and finally to Miami," said Jose Hidalgo, procurement for Alpine Fresh. "We have chosen DHL for their efficient service, rates, expertise and optimal resolution of any exceptions in origin and destination. The safe arrival of our fresh fruit represents the hard work and livelihood of our employees."

With Argentina's blueberry season running from mid-October to mid-November and Chile's from mid-November to mid-December, these crops fill an important gap of fresh fruit not found in various parts of the world during these months. Although the U.S. is a producer of blueberries, these first charters of fresh fruit during the country's winter months are particularly important.

"With the perishable nature of our blueberries, and the highly sensitive and rigorous handling involved, the product can only be managed by an experienced company with high-quality standards," said Luis Dandrea, CEO for ExpoFresh. "DHL's highly professional staff gives us peace of mind, efficiency and predictability when transporting our fruit. Our partnership positioned us among the first direct flights from Tucuman in northern Argentina to Miami, helping us get our product to its final destinations in a shorter amount of time while maintaining its freshness."

In 2006, the China-Chile Free Trade Agreement (FTA) went into effect, symbolizing both countries' willingness to strengthen cooperation and exchange of goods. This agreement as well as a growing market potential for high quality fruit in China has been a key driver for Latin American blueberry business. In 2004, an FTA between Chile and South Korea went into effect and shows possible growth potential for fresh and frozen blueberries given that in 2014 no import duties from Chile to South Korea will be levied. Chile also has FTAs in effect with Japan, Singapore and Malaysia.

DHL Global Forwarding ships fruits and vegetables year-round from medium and large exporters in Brazil, Mexico and Central America. With its temperature-controlled, time critical and highly experienced personnel, perishables can be safely transported anywhere in the world.