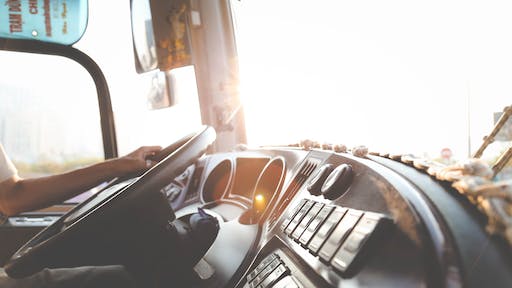 Visible Supply Chain Management is celebrating a new chief marketing officer in John Dudash, who will be based out of the Salt Lake City office. His first 14 years of experience in sales and marketing was spent working at companies such as YKK Fastening Products and Sanford. After that he moved on as CEO to numerous companies including MityLite Corporation, where he is cited for tripling sales and earnings.

Port of Long Beach’s environmental planning and business development divisions are celebrating the appointments of new directors, who have both been with the port long-term and served as acting directors prior to their permanent promotions.

Matt Arms is now the director of environmental planning and has been with Port of Long Beach since 2003. Within that he held various positions, including holding the position as acting director while the director of that time was on leave in 2013. Upon the director’s return, Arms was appointed to assistant director. His department is responsible for all of the port’s environmental programs.

Roger Wu joined in 2007 and is now the director of business development, responsible for maximizing revenue opportunities. Similar to Arms, Wu was assistant director of the division and was also acting director for a time.

In 2018, the Long Beach Board of Harbor Commissioners approved a $982 million budget for the port's 2019 fiscal year, with 70% focused on modernization and other construction projects.

Starting May 20, United Airlines executive vice president and chief administrative officer Brett Hart will move up to president of United Airlines Holdings, Inc. as part of its leadership succession plan. He has been with United since 2010, holding a variety of strategic responsibilities including acting as interim CEO for six months in 2015 when CEO Munoz recovered from a heart transplant.

Previously, United announced that Munoz is transitioning to executive chair and the current president who Hart is replacing, Scott Kirby, will move to CEO.

Hart’s new responsibilities include leading public advocacy strategy such as government affairs, corporate communications, legal teams and community engagement in addition to his previous duties leading corporate real estate, sustainability efforts. His previous position as chief administrative officer will not be replaced and during the pandemic, he will forgo his salary like Munoz and Kirby.

The Railway Association of Canada is spotlighting its first every female board chair in its 103-year history, as Fiona Murray is elected to the position. She is vice-president of public and government affairs at Canadian National Railway (CN), having been with the organization since 1992.

Matthew Ott has been named as the new president and CEO of the Global Cold Chain Alliance (GCCA), replacing former president and CEO Corey Rosenbusch who leaves for the same position at the Fertilizer Institute. Ott has a variety of experience in supply chains, most recently spending nine years with the National Grocers Association after working for the Independent Lubricant Manufacturers Association and the National Recreation and Park Association.

Ott is also a certified association executive. A GCCA search committee appointed the new CEO after a global search.

Before this, the GCCA announced a partnership with the Distilled Spirits Council of the United States to assist hundreds of distillers who are producing hand sanitizer to help solve the national shortage.

In addition, KPAC Cold Storage’s Rich Burke takes the IARW-at-large seat for the next three years.

As a partner in the Global Cold Chain Alliance (GCCA), the World Food Logistics Organization (WFLO) has elected WCS Logistics’ Brian Beazer as chairman of the board of governors.

Sadly, chairman WFLO Don Dick passed away on Feb. 29 and to honor his service the board he is named immediate past chairman for 2020 to 2021.

AGCO is welcoming Wolfgang Kirsch to its board of directors. He is the retired CEO of DZ BANK AG and will serve on the audit and finance committees due to his background in finance. He retired in 2018 after holding the CEO position for 12 years and acting on the board for the last 16 years.

Before DZ BANK AG, Kirsch held various positions with Deutsche Bank AG throughout a 21-year career. He also serve as a members of various boards including Fresenius SE, Adolf Würth-Group, Fraport and the AGStädel Museum in Frankfurt.