Do An Audit To Help Find Ways To Cut Energy Costs 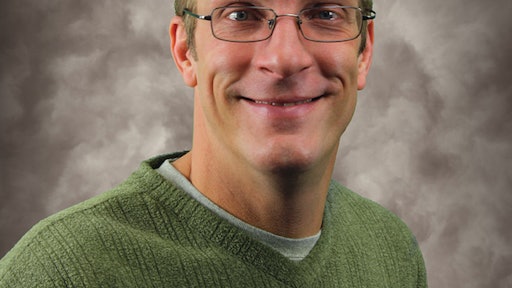 Chances are if you’re involved in the cold chain you are looking for ways to better manage the costs.  In the upcoming March issue of the GCCA’s “Cold Facts” magazine, the GCCA details how one of the best practices used by today’s leading companies to best identify and determine these areas is an audit.

Even if a company has a culture of contin­uous improvement, there are times an objec­tive third party can help find cost-savings opportunities, says Anthony M. Leo, CEO and President of Warehousing Group for RLS Logistics.

“Energy is our second highest operating expense category, second only to labor, so after talking with a representative of Cascade Energy, I hired them to perform an audit for one of our warehouses,” he says. Although informal audits had been conducted by different vendors previously, this was the first formal energy audit Leo’s company undertook and he was surprised at the thoroughness of the process. “They spent a week at the facility and looked at every nut and bolt,” he says. “Everything from battery chargers to lighting was examined.”

The audit resulted in a list of about 60 action items to reduce energy costs. “This list seemed overwhelming at first, but we were able to sort and prioritize by implementation cost and energy impact,” explains Leo. He adds that key contractors and employees were involved as the energy consultant presented the report to make sure everyone understood why some processes were changing.

“We did change our preventive mainte­nance schedules for equipment to find and repair potential energy losses before they become major and made adjustments to pres­sure settings, but the most significant change came with the increased awareness of energy costs throughout the company,” says Leo. An audit at a second facility also created a lengthy list of savings opportunities and supported the addition of energy to the list of key areas on which employee incentives are based.

The company’s “gainshare” program is based on meeting targets in the areas of safety, housekeeping, accuracy, productivity and energy. Employees are paid quarterly gainshares equal to one percent of their gross pay for each goal met for the quarter. For example, if three of the five goals are met, employees are paid three percent and if all five goals are met, they receive five percent. Because the company has incorporated energy awareness into the corpo­rate culture, behaviors that contribute to energy savings are second nature, says Leo. “Everyone has always known a freezer door should be kept closed but a common practice was to leave it open for convenience. Now, keeping the door closed is automatic because people understand the savings will benefit them as well as the company and the customer.”

Even though energy use improvement is an ongoing effort, the time and expense of the program is worth it, says Leo. The Newfield, NJ facility that was the site of the first audit saw an energy savings of five percent in the first year. “The real savings for the New Jersey facility was in maintenance costs due to revised maintenance schedules,” he points out. “The first year, our refrigeration repair costs went up between 10 and 15 percent, then dropped to 40 or 50 percent below average the next year.” Savings at the Pitt­stown, PA facility were dramatic, he points out. “We experienced a 23 percent savings in energy costs the first year.” The return on investment for the audits was realized in nine months for the New Jersey facility and four months for the Pennsylvania warehouse.

Even if a company doesn’t undertake a full energy audit, there are savings to be found with simple changes, as C. Gary Jones, Managing Director of Iowa Cold Storage learned in 2013. “We changed all of our lighting to light-emitting diode (LED) lamps,” he says. “The savings in energy costs for lighting was about 14 percent.”

Lessons learned from the energy audits are being applied to construction of his compa­ny’s newest cold storage facility, says Leo. “The refrigeration system is designed differently and relies on variable speed drives, three-inch overhead dock doors and high-speed freezer doors are used,” he says. “Results of the energy audits helped us identify what we need to build into the new facility to control energy costs from the beginning.”

Space in a warehouse is a constant challenge, points out Jones. “We’ve been operating at 95 percent capacity for several years and have just added 45,000 square feet to our facility,” he says. In addition to adding space, Jones’ company created five convertible rooms. The need for multiple rooms that can be converted from cooler to freezer envi­ronments was recognized when a customer expanded from 2,000 pallets in a cooler to 5,000 pallets in a combination of cooler and freezer, he explains.

“Convertible rooms can go from 10 degrees below zero to 35 degrees within one to two weeks,” says Michael Smith, Director of Project Development at Stellar, an architec­ture, engineering, construction and mechan­ical services firm based in Jacksonville, FL. More owners are opting for convertible rooms because it provides the flexibility to meet changing customer needs easily, he adds.

Convertible rooms are not the only change cold facility storage owners are making with new construction or renovation of existing structures, says Jason Duff, Vice President of Design Engineering at Stellar. New facilities rely on more vertical space as warehouses are built on smaller footprints. Higher pile storage comes with new challenges, such as the need for specialized equipment to reach the higher levels and cameras to assist forklift operators with accurate put-away at the higher levels, he says. The cost of this equipment, however, can be offset by the savings in real estate.

Hig-tech products with low-tech prices like Randall Manufacturing’s InsulWall allow manufacturers to use every inch of existing warehouse space, even if it needs to be temperature controlled.