Fact or Fiction: The Hype Behind Self-Driving Trucks

Automation is the blue collar workers worst nightmare—or is it? Why autonomous vehicles offer the trucking industry an opportunity to address their ongoing driver shortage. 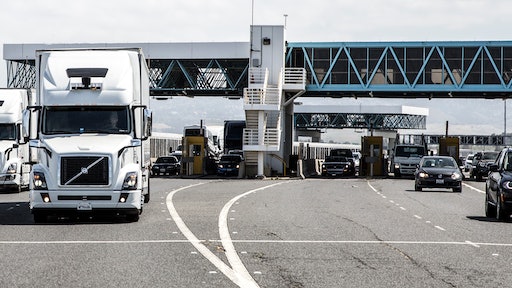 In a world where technological innovation reigns, this may seem like a bad investment. However, according to Steve Banker, service director of supply chain management at ARC Advisory Group, the multi-billion dollar investment likely hinges on Buffet’s belief that autonomous trucks are not even remotely close to becoming a reality—meaning the human beings transporting our goods still need to stop at locations such as Pilot Flying J to refuel not only their trucks but themselves.

Berkshire’s investment sends a strong message to a billion dollar industry plagued by driver shortages and costly regulations, but is the idea of relief via an autonomous fleet all hype?

Semi-autonomous vehicles already move across American roadways every day, however, the road to fully autonomous vehicles involves surmounting significant technological hurdles. While Banker believes this reality will eventually come to fruition, he says it might not happen as soon as the industry thinks.

“When you look at the technological challenges, it's not like these are minor steps,” he notes. “Going from step one to step two is a huge technological hurdle that requires an order of magnitude, more information, much faster computers and much better machine learning capabilities.

“Where we're at right now is step two. Arguably getting to step four is where Buffett would start to be impacted. But, there are just huge technological challenges to get there. It easily could be decades before we get there,” he adds.

In the meantime, Banker speculates there will be “tens of thousands of warehouse workers thrown out of work, based on robots in the warehouse, before the first truck driver loses a job because of autonomous trucks.”

The Uberization of Trucking

MIT Technology Review recently spoke with Uber’s Nancy Sun, who is the engineering lead for self-driving trucks, about the reality of self-driving trucks and the challenges still ahead. She tells the magazine that a world where the majority of vehicles on our roadways are autonomous is 10 to 20 (or more) years away.

“It’s not like you’re going to flip a switch one day, and you’re going to have self-driving trucks everywhere doing everything for you,” she says. “It’s going to be a long journey to get to a point where it’s even going to be a majority-of-transit-happens-by-self-driving-vehicle world. It’s not in the next three years. It’s not in the next five years. We’re talking like five, 10, 15, 20-year future, beyond.”

And for Uber, that world is at the core of their mission to provide safe, reliable transportation to everyone, everywhere. Their ridesharing network is used by millions of drivers and riders every day, and now they are investing in trucking. In May of last year, the company introduced Uber Freight, a free app that matches carriers and their drivers with loads to haul. They’re also working hard on getting autonomous vehicles on the road through their Advanced Technology Group (ATG), which is comprised of a team of engineers dedicated to self-driving technologies, mapping and vehicle safety.

“We saw an opportunity to drive the logistics industry forward, which is why we began Uber Freight,” says Sarah Abboud, a spokesperson for Uber. “Uber Freight has already begun to transform the driver experience, and we believe that a hybrid network of self-driving and driver operated trucks will only improve the logistics sector.”

Uber’s acquisition of tech startup Otto was a huge step toward achieving this hybrid network. In October 2016, the combined tech powers reached their first major milestone, successfully delivering the first commercial shipment by self-driving truck. While a human still sat in the cab, the truck delivered a trailer load of Anheuser-Busch beer from Fort Collins to Colorado Springs, Colorado, approximately 120 miles.

“Job demands may change, but we believe there will always be a need for professional truck drivers,” adds Abboud. “Drivers will handle more dynamic parts of the job such as communicating with facilities workers, unloading, loading, city driving and final delivery. We also expect to see increased safety and efficiency, wherein self-driving trucks are an opportunity for drivers to have a say in where and how they work.”

So while self-driving vehicles may not replace the need for human truck drivers, it may ultimately address the industry’s driver shortage by making the job more attractive. The American Trucking Association estimates that the for-hire trucking industry’s driver shortage stood at roughly 58,000 in 2015, due to several reasons, including demographic, regulatory and the fact that drivers are away from home for a period of time.

Uber is listening to truck drivers, unions and others who depend on the trucking industry for their daily lives to better understand their needs, so Sun says they are able to make technology that supports the industry well.

“We’re not looking to eliminate people’s livelihoods. We’re looking to supplement and help improve their livelihoods,” she adds. “A model where self-driving trucks automate a lot of the long-haul routes and drivers continue to operate going from a transfer hub to a distribution center, driving more on the local routes near their homes, is a route we’re super-interested in pursuing.”

Technological challenges are chief among concerns that block the road to self-driving trucks. But doubts in regards to safety, government regulations, infrastructure, and of course, cyber security also linger.

“There's a huge machine learning, vision recognition challenge; there's just so much going on once you get off the highway, and you start to get into a city environment. The machine learning issues, are massive, but I think those can be tackled, eventually,” Banker explains. “But, there's also the cyber security issues. Foreign governments have proven that they can hack into anything. They could hack into cars, but the bigger terrorism threat is to turn an 80,000 pound truck into a guided missile. I don't think we're anywhere close, to solving that issue.”

In terms of regulatory roadblocks, Banker says that is probably least of the industry’s worries. “The government will do tests first; they'll do pilots first. If they like what they see, I don't think the hurdles will be too hard to get to regulations that will allow for this,” he adds.

Right now, the United States has varying regulations at the state level controlling the deployment of autonomous trucks. But federal regulators recently took the first step toward creating a policy guiding the development of autonomous transportation beyond self-driving cars to include trucks, buses and other ground-based modes.

During a January speech at the annual Consumer Electronics Show in Las Vegas, Transportation Secretary Elaine Chao said the U.S. Transportation Department will soon publish four requests for public comment on how to cast aside roadblocks for transportation advancements in vehicles, trains, buses, commercial trucking and transit systems. Calling current regulations numerous and outdated, Chao said an update would allow for innovation to move forward.

In addition, self-driving pilot programs have taken off in several states such as Oregon, where Daimler, a commercial vehicle manufacturer, has tested a concept called platooning. Platooning is when a group of computer-controlled trucks drive closely together to save fuel.

For Daimler, the test was a first big step for technology they say stands for more efficiency and safety.

“In truck platooning, connectivity and automated driving improve safety within the vehicle convoys, support drivers and enhance efficiency through closer distances between the connected trucks,” Daimler said in a news release.

“When the legal framework is set, Daimler Trucks customers will be able to operate their vehicles in platooning mode,” the company added.

As for Uber, they consider regulatory agencies key stakeholders in their journey. “Our general approach is to maintain close engagement and transparency with these agencies. We believe this approach better prioritizes safety and is rich with opportunities for continued dialogue and two-way education,” Abboud says.