Asahi Group agreed to a $7.8 billion deal Tuesday to buy a group of Central and Eastern European beer brands from Anheuser-Busch InBev, in the latest brand shuffle for the rapidly consolidating brewing business. 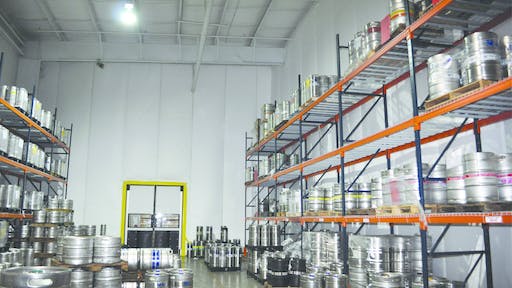 Japanese beer giant Asahi Group agreed to a $7.8 billion deal Tuesday to buy a group of Central and Eastern European beer brands from Anheuser-Busch InBev, in the latest brand shuffle for the rapidly consolidating brewing business.

Anheuser-Busch InBev, based in Belgium, is selling the brands, including the Pilsner Urquell group, to allay the concerns of European competition regulators after it completed its merger with SABMiller in a deal valued at more than $100 billion.

Shareholders approved the SABMiller deal in September, nearly a year after it was announced, creating an industry giant that would account for about 30 percent of global beer sales.

Asahi, confronted with a graying and shrinking market at home in Japan, meanwhile has been looking overseas in recent years for growth.

Sun-Maid partnered with 3PL Kane is Able to consolidate LTL deliveries with other shippers in order to ship at lower cost truckload rates.
Kane Is Able, Inc.
March 2, 2022
Follow Us