Medium- and heavy-duty vehicles currently account for about 20 percent of GHG emissions and oil use in the U.S. transportation sector, but only comprise about five percent of vehicles on the road. 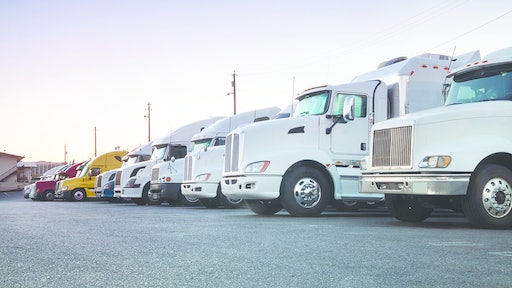 The U.S. Environmental Protection Agency (EPA) and the Department of Transportation’s National Highway Traffic Safety Administration (NHTSA) are jointly proposing standards for medium- and heavy-duty vehicles that would improve fuel efficiency and cut carbon pollution to reduce the impacts of climate change, while bolstering energy security and spurring manufacturing innovation.

The proposed standards are expected to lower CO2 emissions by approximately 1 billion metric tons, cut fuel costs by about $170 billion, and reduce oil consumption by up to 1.8 billion barrels over the lifetime of the vehicles sold under the program. These reductions are nearly equal to the greenhouse gas (GHG) emissions associated with energy use by all U.S. residences in one year. The total oil savings under the program would be greater than a year’s worth of U.S. imports from the Organization of the Petroleum Exporting Countries (OPEC).

“Once upon a time, to be pro-environment you had to be anti-big-vehicles. This rule will change that,” said U.S Transportation Secretary Anthony Foxx. “In fact, these efficiency standards are good for the environment – and the economy. When trucks use less fuel, shipping costs go down. It’s good news all around, especially for anyone with an online shopping habit.”

The proposed standards are cost effective for consumers and businesses, delivering favorable payback periods for truck owners; the buyer of a new long-haul truck in 2027 would recoup the investment in fuel-efficient technology in less than two years through fuel savings.

“We’re delivering big time on President Obama’s call to cut carbon pollution,” said EPA Administrator Gina McCarthy. “With emission reductions weighing in at 1 billion tons, this proposal will save consumers, businesses and truck owners money; and at the same time spur technology innovation and job-growth, while protecting Americans’ health and our environment over the long haul.”

Medium- and heavy-duty vehicles currently account for about 20 percent of GHG emissions and oil use in the U.S. transportation sector, but only comprise about five percent of vehicles on the road. Globally, oil consumption and GHG emissions from heavy-duty vehicles are expected to surpass that of passenger vehicles by 2030. Through the G-20 and discussions with other countries, the United States is working with other major economies to encourage progress on fuel economy standards in other countries, which will improve global energy and climate security by reducing reliance on oil.

The product of three years of extensive testing and research, the proposed vehicle and engine performance standards would cover model years 2021-2027, and apply to semi-trucks, large pickup trucks and vans, and all types and sizes of buses and work trucks. They would achieve up to 24 percent lower CO2 emissions and fuel consumption than an equivalent tractor in 2018, based on the fully phased-in standards for the tractor alone in a tractor-trailer vehicle. Additionally, the proposed standards are:

Like the Administration’s successful 2014-2018 fuel efficiency and GHG standards for heavy duty trucks, the proposal includes separate engine standards that will promote continued progress on engine efficiency and allow for direct measurement of engine emissions.

The agencies are also proposing efficiency and GHG standards for trailers for the first time. The EPA trailer standards, which exclude certain categories such as mobile homes, would begin to take effect in model year 2018 for certain trailers, while NHTSA’s standards would be in effect as of 2021, with credits available for voluntary participation before then. Cost effective technologies for trailers – including aerodynamic devices, light weight construction and self-inflating tires – can significantly reduce total fuel consumption by tractor-trailers, while paying back the owners in less than two years due to the fuel saved.

Today’s proposal builds on the fuel efficiency and GHG emissions standards already in place for model years 2014-2018, which alone will result in emissions reductions of 270 million metric tons and save vehicle owners more than $50 billion in fuel costs. The current standards have been successful, with truck sales up in model years 2014 and 2015 due in part to improved fuel efficiency.

The proposal also builds on standards that the Administration has put in place for light-duty vehicles, which are projected to reduce carbon pollution by 6 billion tons over the lifetime of vehicles sold, double fuel economy by 2025, and save consumers $1.7 trillion at the pump. These standards are already delivering savings for American drivers; new vehicles in 2013 achieved their highest fuel economy of all time.

The proposed standards are fully harmonized between NHTSA and EPA. The agencies have worked closely with the State of California’s Air Resources Board in developing the proposed standards. All three agencies are committed to the goal of setting a single set of national standards. Throughout every stage of development, the Administration’s fuel efficiency program has benefited from close partnership with industry, labor and environmental leaders. With this proposal, a high level of engagement with stakeholders will continue to be critical, as feedback will be instrumental to the agencies' work to finalize the standards by 2016.

A public comment period will be open for 60 days after the proposal is published in the Federal Register. In addition, NHTSA and EPA will host two public hearings and continue our open-door policy of meeting with stakeholders over the course of the comment period.

For more details on DOT’s and EPA’s notice of proposed rulemaking, visit http://www.epa.gov/otaq/climate/regs-heavy-duty.htm and http://www.nhtsa.gov/fuel-economy.