The two-year-old DoorDash, which touts itself as a technology business with an on-demand delivery focus, is going to use the cash to expand beyond the eight cities it currently serves, as well as to invest in its logistics technology. 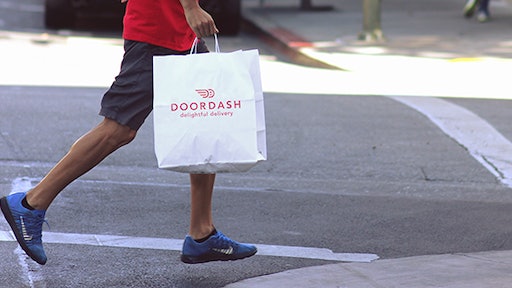 DoorDash has become the most recent food delivery app to win venture capital, having recently announced $40 million Series B, according to xconomy.com, a business technology news source. The two-year-old DoorDash, which touts itself as a technology business with an on-demand delivery focus, is going to use the cash to expand beyond the eight cities it currently serves, as well as to invest in its logistics technology. Kleiner Perkins Caufield & Byers led the Palo Alto, Calif.-based company’s Series B round, and existing investors Sequoia Capital, Khosla Ventures, and Charles River Ventures also joined in.

Delivery and ordering apps for meals, groceries, and other goods have been attracting venture dollars in strong order, from Favor’s $13 million Series A earlier this month to the $220 million Instacart raised to start off the year.