Five Ways Drones Will Affect How We Get Our Food

This month, the Federal Aviation Administration issued the first permit for agricultural use of unmanned aerial vehicles, allowing Idaho-based ADAVSO to use a lightweight, fixed-wing drone to survey fields of crops. 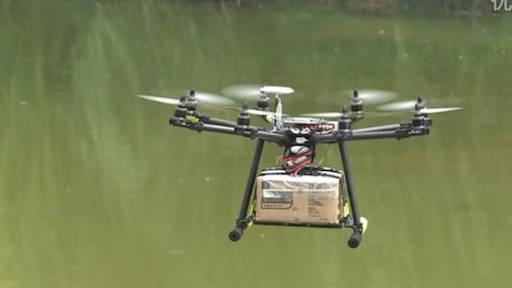 Herding cattle. Counting fish. Taking an animal’s temperature. Applying pesticides. When it comes to drones, “your imagination can go pretty wild in terms of what would be possible,” says Roger Johnson, president of the National Farmers Union, according to a Public Broadcasting Corp. report.

This month, the Federal Aviation Administration issued the first permit for agricultural use of unmanned aerial vehicles. Steven Edgar, president and CEO of ADAVSO, says his Idaho-based business will use a lightweight, fixed-wing drone to survey fields of crops.

Drone technology, already used in other countries, can make farmers more efficient by helping them locate problem spots in vast fields or ranchlands. Increased efficiency could mean lower costs for consumers and less impact on the environment if farmers used fewer chemicals because drones showed them exactly where to spray.

The Association for Unmanned Vehicle Systems International, a trade group, says agriculture could account for 80 percent of all commercial drone use, once government regulations allow it. That could be a while. The Federal Aviation Administration has been working for years on rules that would balance the desire for commercial flights of small drones with the need to prevent collisions involving manned aircraft.

Drones Rekindle The Sputnik: How Near Is A Space Race In Commercial Package Delivery?