Changing needs in the logistics space generates new questions for shippers, like whether they should use LTL or FTL freight services. 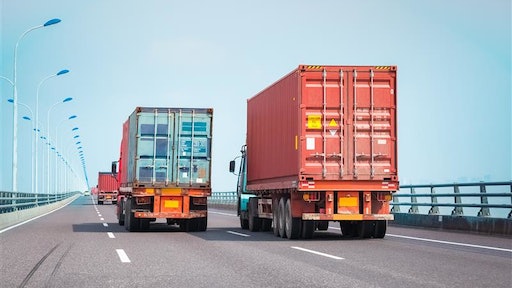 The difference in FTL and LTL depends on what the shipper needs.
chungking/stock.adobe.com

Every shipper has different wants and needs for their cargo, which can often change along with the evolving business landscape in both the consumer and supply chain worlds. Now that consumer demands shift to more online ordering, even in the cold chain industry, the way trucking companies carry cargo is different as well.

Trucking loads are separated into two categories -- full truckloads (FTL) and less-than-truckloads (LTL) -- and shippers can choose which one to hire based on their needs.

The meaning of FTL

FTLs are shipments that take up a significant amount of space in a delivery truck, where the driver is likely going to only one or a very limited number of destinations. FTL trucks may stop off while en route to its destination, but these are normally shipments that are on one bill of lading going to one destination and shown in capacity of volume or weight. These loads are typically more than 32 linear feet, can weigh from 20,000-42,000 pounds or consist of more than 20 pallets.

The meaning of LTL

LTL trailers consist of numerous shipments from different shippers for different destinations. Almost like Uber’s Pool feature but for cargo in a truck instead of passengers in a car. These shipments’ destinations are typically toward the same general direction, and the LTL transportation strategy takes it closer to the destination but usually not all the way there. LTL cargo are usually no more than six pallets, weigh between 150-5,000 pounds, never take up an entire truck and are priced based on the amount of space in the truck they fill. Because these trips consist of numerous destinations, the time of delivery is longer.

Traditionally, shippers choose FTL for a large product shipment that is worth it for a logistics company to focus the trips’ attention on. This is why FTL shipments are typically larger, more expensive,  only one destination and on one bill of lading. While the entire shipment is more expensive than an LTL, it is generally lower cost per unit, like buying in bulk as a consumer. The trip is often faster due to the lower number of stops, which is more convenient for the driver and costs less for the transportation company. FTLs also require less handling of the products.

LTLs are often more expensive per unit, require more handling, take up less space and are a part of many other shipments from numerous shippers and stops on the trip. This type of shipment helps when there many shippers that have many smaller loads to transport, since it would be inefficient to make long-distance individual trips for each small shipment. Many times, an LTL shipment will be loaded and unloaded up to or more than five times in one trip before reaching its final destination. Because of this, LTLs are less predictable in terms of delivery and sees a higher risk of damage.

According to Kory Harb, senior product manager of HaulSuite, LTL typically works best with palletized and uniform shipments so the carrier can maximize the space used in a trailer. For fragile or large and awkwardly shaped loads that take up more room in the trailer, parcel companies or FTL carriers may be a better and more cost-effective option.

However, when it comes to FTL shipments, shippers are pigeonholed to one type of commodity, and shipments with different needs are not possible. For instance, if the shipper wants to transport different products with different temperature needs, an FTL shipment will not be possible. This instead would require numerous, smaller LTL shipments in ways that can accommodate each cargo’s individual needs.

“The problem with FTL shipments is that you must pay for the entire commodity prior to the actual sell of the product in many cases in addition to paying for transportation costs,” says Reo Hatfield, VP of business development at TA Services. “LTL shipping allows the destination purchaser to buy only what they expect to sell in the near future, saving them money and allowing the freight to be available in a timelier manner. Full truckload shipping can also limit a shipper to transporting only one type of commodity at a time. Because of this, LTL shipping may be the better option for shippers looking to have multiple mixed commodities available for consumers. The LTL shipping method allows shippers to transport in sizes that are closest to the volume of considered potential sales activity.”

Click here to hear more about trends in trucking:

Trends in FTL and LTL freight

Because of the significant increase in demand and such changes in the industry, costs in both FTL and LTL shipping are on the rise. The rising costs coupled with decreased weight per shipment, increase in volume and severe constraints in capacity change things significantly for shippers and operators.

“Due to increased demand, rising costs and capacity issues stemming from driver and equipment shortages, transportation companies must become smarter about how they plan and route their shipments,” says Harb. “The old way of managing operations are inefficient so carriers need to adopt new technologies and processes to help them adapt and overcome these challenges. The carriers that embrace technology will be more efficient and will be able to compete more effectively. These advantages will translate into faster deliveries, more efficient pricing and increased quality of service for shippers.”

Additionally, technology changes along with these evolving demands. In both FTL and LTL freight, shippers tap newer, more robust transport management systems (TMS) that use data to select the best matched carrier for the type of shipment. Ken Sherman, president of IntelliTrans, says that TMSs can gather a wide range of data throughout the enterprise, consisting of information that helps make better decisions and address problems. Shippers can use the data to allocate transportation capacity and improve service in a cost-effective manner.

There will also likely be a shift toward dedicated and private fleets, as companies make moves to ensure their supply chains are protected and LTL carriers will become more selective in shipments they accept. Oddly shaped, lengthier sized and non-palletized cargo will accrue additional fees, especially as more shipments made for FTL spill into the LTL space due to the growing capacity constraints.

For the FTL space, shippers that act in a manner that makes for a positive experience for drivers in fleets will become preferred as the driver shortage impacts the space. Given the greater need for logistics providers, FTL carriers will have the ability to be selective about which customers they ship for.

Outside firms and FTL providers are likely to invest in their own LTL services, since the sector continues to grow at a rapid pace while taking up a  smaller percentage in the overall number of shipments. New multi-carrier networks will become more of a staple as asset-light or non-asset logistics providers sub-contract partial or even full needs out to other carriers.

Once the pandemic subsides, its lasting impression on rates and operation will remain.

“Rates for transportation will continue to go up as supply chains recover from the pandemic,” Sherman adds. “Port congestion, worker shortages, supplier shortages put pressure on rates and services. Companies need visibility into their shipment processes so they can monitor costs, shipment locations, cargo security and more to make sure that what is shipped, regardless of the method, arrives at the right place at the right time.”

The future is open for innovation as shippers and carriers alike try to mitigate growing costs and a shortage in materials and workers.