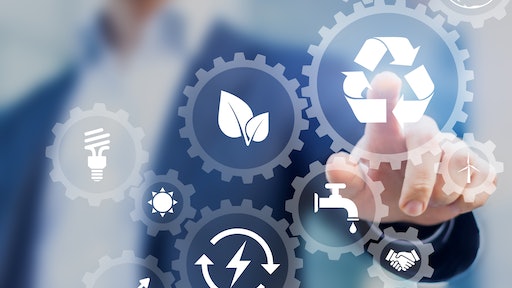 The Coronavirus (COVID-19) crisis has dominated every news website, permeated every conversation, taken up more mental space than it ever should have and continues to cast a shadow over businesses. Yet, just because the crisis is essentially inescapable doesn’t mean every industry should simply retreat, close down and wait for this crisis to pass. So many small and medium-sized businesses, whether they’re restaurants, smaller grocers or retailers, don’t have the same infrastructure or cash pile as the behemoths, but there’s still plenty of room for them to adapt, ride out the storm and set themselves up for long-term success.

Adding fuel to the fire

Online grocery sales in the United States grew by 15% in 2019 and online food delivery for restaurants stood at $18 billion in revenue for 2019, with projections that it would, without the current crisis, grow to $24 billion by 2020. E-commerce had similarly rapid growth, with a 19% jump over the past year, growing ever closer (it’s already at around three-fourths of the way) to $1 trillion in domestic revenue.

What COVID-19 did was speed up this process, and while sales may be down overall in the current turmoil, it has sped up adoption of online purchases across the board, creating habits that won’t simply die out when the crisis ends.

That’s why it’s important that smaller and medium-sized businesses seize the moment and create the delivery operation that will not only save jobs now, but also sustain them into the future.

The goliaths of the world are dominant

COVID-19 seemed to change everything, except for those big businesses that get delivery right end up owning their space and dominating sales. Massive chains and third-party delivery services have been able to quickly adapt and maintain their delivery dominance by offering features such as contactless delivery and coping with huge influxes of demand. While they quickly publicize jobs for drivers, warehouse workers and more, smaller businesses miss out on the demand, and when they have it, they can’t keep up. That means mainstreet looks at layoffs and heartbreak, while only the strongest and biggest survive.

Amazon is facing off-the-charts demand, and while Walmart, Subway and Kroger will be just fine, that doesn’t mean that the smaller players can’t be fine too. As it turns out, they have plenty of delivery “slingshots” to arm themselves with.

First and foremost is launching an e-commerce site or pairing phone orders with delivery, It sounds basic, but many local mom and pop shops just aren’t built for it and they see delivery as simply too daunting.

The second step is getting the delivery up-and-running by utilizing plug-and-play tech that’s already out there, such as last-mile delivery solutions that let businesses “uberize” their own drivers and call upon third-party fleet drivers to fulfill orders. Another option is simply handing the keys over to third-party services by listing on their platforms, a good option in this crisis, but an unsustainable solution in the long-term.

Repurpose what they already have

Getting delivery up and running (if it’s not already) and bringing in tech players to compete are both important steps, but only because they enable the full utilization of what businesses already have. A cashier or waitress, for example, will most likely lose their job, but by pivoting to deliver, and bringing in technology allows them to be repurposed to make deliveries. They’re service-oriented, they probably have relationships with many of the customers and can actually provide superior service.

Likewise, last-mile delivery solutions give businesses the ability to offer pickup options in addition to delivery, reducing the burden on drivers and making picking staff invaluable. Third-party fleets too are an ally in this fight because they allow businesses to deal with upticks in demand while maintaining a dependable delivery model.

Maybe it’s a few months, a year, or a year and a half, but “this too shall pass.” When it does, those small and medium-sized businesses that shifted to delivery and did it right won’t have simply survived the storm; they’ll have made themselves more able to compete in a world that was shifting quickly toward delivery regardless.

That’s why it’s important that businesses don’t panic now and seek transformation at the price of their customer. If everything is taken care of by third-party services, customers will become loyal to the service rather than the shop.

The Power of Digital Twins in Transforming Food Manufacturing