With enforcement of the ELD Mandate looming, Fraley & Schilling needed an easier way to gain access to applications, such as HOS, on one unified platform. 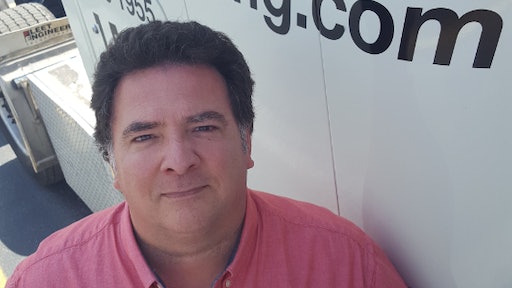 In 2012, the United States Congress enacted the “Moving Ahead for Progress in the 21st Century” bill, or, more commonly referred to as MAP-21. That bill, which also outlined the criteria for highway funding, included a provision requiring the FMCSA to develop a rule mandating the use of ELDs

In its simplest form, an ELD is used to electronically record a driver’s Record of Duty Status (RODS), which replaces the paper logbook some drivers currently use to record their compliance with HOS requirements.

Drivers are able to save time by electronically logging their on-duty time, instead of manually filling out paper logs. The telematics system Fraley & Schilling’s drivers were using had an inefficient keyboard function, making it difficult to operate. Fraley & Schilling needed an easier way to gain access to applications, such as HOS, on one unified platform. With the older solution, switching from typing letters to numbers required drivers to hit a button, which was tedious and time consuming. Additionally, drivers felt their old system was cumbersome and poorly laid out, lacking intuitive access to needed applications.

To implement the IVG devices, Omnitracs worked directly with the drivers to improve training and gain feedback. This allowed the vendor to efficiently update the system and quickly develop applications for Fraley & Schilling.

Since the IVG implementation, Fraley & Schilling has seen an increase in physical storage space, simplified keyboard operations and improved access to apps. All 50 test drivers preferred IVG to the previous technology. Drivers found the IVG to be much faster than the old telematics solution. It is much simpler to operate, and easier to see the applications that are available on the IVG.

IVG also gave Fraley & Schilling drivers the ability to perform hands-free operations. When interacting with the platform, IVG’s integrated voice command feature interacts with all Omnitracs apps and improves safety by allowing drivers to keep their eyes on the road and hands on the steering wheel.

Drivers also liked the increased storage space they received through IVG. With the older units, drivers had to put the main brain of the solution underneath the bunk. With Fraley & Schilling’s lightweight trucks, there is not a lot of storage room. Any additional space that can be gained is a huge benefit.

Since Fraley & Shilling’s initial testing of the technology unit, they have been working toward rolling out the IVG solution throughout the entire fleet, keeping them on the forefront of technology and ELD compliant long before the December 2017 deadline.