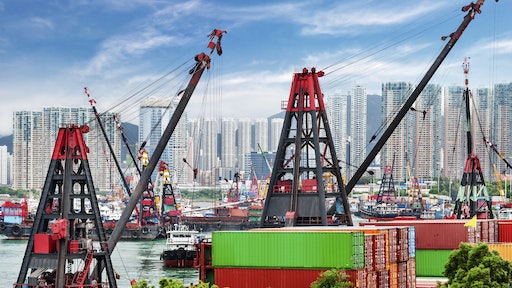 The labor dispute that knotted up the West Coast ports past fall and winter exacerbated congestion problems that have plagued U.S. shippers for some time. And while the labor dispute has largely been settled, the congestion problems have not. And with international trade expanding, these issues call for attention sooner than later. Shippers, trade groups and politicians are pushing for relief, both short term and long term.

The growth in ship sizes and the emergence of carrier alliances began causing congestion at the ports prior to the fall. When the labor dispute hit, it poured gasoline onto the fire, causing shippers to lose millions of dollars in lost sales. These losses have yet to be fully passed on through the supply chain.

In the short term, shippers need relief from the excessive charges that carriers have saddled them with. In the long term, Federal Maritime Commission (FMC) needs to take a more proactive role in addressing port congestion problems.

Prior to the West Coast labor dispute, the FMC held four forums at gateway ports to foster dialogue between industry stakeholders, regulators, and the general public on the causes, impacts and possible solutions for the congestion at ports around the country.

Shippers told the FMC the demurrage and detention practices of marine terminal operators and vessel-operating common carriers are unfair. Demurrage is a charge for the use of space; detention is a charge for the use of equipment. One shipper told the commission it has paid more than $100,000 in demurrage charges in the last year, compared to paying approximately $10,000 for the previous year. This disparity highlights shippers’ perceptions that demurrage charges are not serving to speed the movement of cargo, the purpose for which those charges were originally intended.

When work slowed to a trickle at West Coast ports, the congestion became unmanageable for shippers. They could not return the carriers' containers before the “free time” expired – typically four to 10 days. Terminals closed abruptly for hours or days at a time, and trucks could not get into the terminals to drop off their containers. This created gridlock that lasted for weeks and months.

At times, railroads were forced to embargo shipments to the West Coast ports, as there was no place to unload.

The labor contract negotiators reached a tentative agreement in late February. But in the meantime, shippers got charged millions of dollars for delays they did not cause.

Ocean carriers, who were well aware of what was taking place, took advantage of the situation by levying “per diem” charges for customers’ inability to return the containers on time. The fees are totaling hundreds of thousands and in some cases millions of dollars, according to the Agriculture Transportation Coalition (AgTC). These costs are following nine months of lost sales, cargo damage, lost customers and diverting cargo to air and to alternative ports.

Some carriers are waiving these charges, but others are not, according to Peter Friedmann, AgTC executive director.

“Cut off dates for receiving cargo (and containers) were frequently delayed two or three weeks after we had taken the containers for loading, even though the carriers knew they were only giving us 14 days free time,” says Laura Daniels, transportation manager at the Anderson Hay and Grain Co. Inc. “Frequently, terminals only accepted containers back for a two- or three-day period, leaving trucks stranded in lines at the terminals all day long.”

The FMC has established a process by which a shipper can file a request for assistance. The process, however, is very difficult. It requires the shipper to provide detailed documentation for each time the terminals were closed. This is almost impossible for many shippers. In some cases, the terminals themselves do not have this information.

AgTC has asked FMC to waive the carriers’ per diem fees imposed during peak congestion at the West Coast ports.

AgTC has also been working with federal lawmakers on long-term relief for shippers in light of ongoing congestion problems. Several senators recognize the impact not just on the shippers, but the food industry and ultimately the public at large, according to AgTC’s Friedmann.

“This is all part of a new role Congress is taking to ocean transportation,” Friedmann says. “It’s an agriculture/food production issue.”

Friedmann welcomes a recently introduced senate bill, S.1298, requiring monthly reports on performance at U.S. Ports will be required to report wait times, cancelled vessels, and an estimate of the economic impact associated with port delays on the national economy. Friedmann calls the bill a step in the right direction.

Meanwhile, Friedmann and others are hoping the FMC will take a more proactive role in addressing port congestion problems. “Traditionally, they (FMC) saw themselves protecting carriers’ interest,” he says. “It has never protected the shipping and the public’s interest.”

The company’s new product suite features three solutions that allow any retailer, no matter vertical or size, to select the customized solution set that is best for solving its challenges.
September 9, 2020
Follow Us