From Down to Earth to Sci Fi 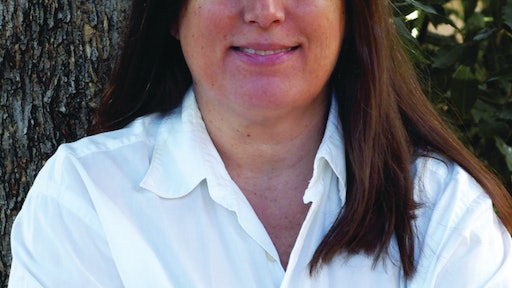 Last year, I read a very thought provoking article in The New Yorker about how entomophagy—the eating of insects—could figure significantly in feeding the world’s population in the coming years. Of course, 80 percent of the world’s population already includes insects in their diet, it’s just the developed world that hasn’t acquired an appetite for bugs yet.

Frankly, I think the chances of the developed world incorporating more insect protein in their diet are much more remote than the developing world consuming more animal protein as rising wages, in particular, create a bigger middle class with an increasingly bigger Western palate.

Fast forward to a recent press trip I took to the Netherlands to learn about how that country is investing even more in its agri-food sector, attracting the biggest global food manufacturers to take advantage of the Netherlands’ government, industry, and academic resources, not to mention its excellent transportation and logistics capabilities.

One company we visited was TNO, a very diverse technology company that among other achievements has been an innovator in food printing. That’s right. The company is pioneering the use of 3D food printers to produce (any kind of) food product starting from a series of basic ingredients using printing or other deposition technologies. Why? The first reason is to offer another source of food for a growing world population, e.g. farming algae (instead of animals) for use in a 3D food printer. Personalized food that comes from a 3D food printer also addresses different age groups and their needs (elderly and infants), those with specific health concerns (pregnant women, athletes, people fighting disease or who are allergic to different foods), the desire for convenience, while also creating new opportunities for novel food flavors, structures, textures and shapes.

Whether we’re popping crickets or printing out lunch, the point is this—how and where we source, produce and consume food in the future will be radically different from what we’ve known for the past 50+ years, driven in large part by what the planet—and man’s agricultural practices—are able to honestly sustain going forward.

As food production and consumption changes in the 21st century, so too will food logistics.

For this year’s final issue, we asked members of our editorial advisory board and several other industry experts to weigh in on some of the more immediate trends and developments they’re seeing and what it all means. Not surprisingly, changing consumer demands coupled with the proliferation of smartphones are high on the list of things to watch. You’ll get a taste of what else they had to say in our cover story, but rest assured the topic is one that we’ll be asking frequently throughout the coming year.

Inside you’ll also find our annual FL100 list of software and technology providers who are key to our industry. Each year, these providers deliver even more intelligent, intuitive, robust, and often more affordable solutions that help our industry attain higher levels of productivity, safety, and competitiveness. As more qualified providers enter this space, we will adjust our list accordingly to accommodate them, ultimately bringing the best resource guide to our readers that we can.

Thanks for sharing an exciting year with us. We’re looking forward to 2013.

The study reveals supply chain activity in the Eurozone rose 22% compared to the previous quarter. And, digitized invoicing and ordering data suggests a strong end to 2020 in the United States.
Tradeshift
January 26, 2021