The United States alone wastes around 40% of the food it produces. Globally, food waste corresponds to an annual loss of $2.6 trillion. Mori seeks to recapture that lost value and decrease the amount of food going to waste. 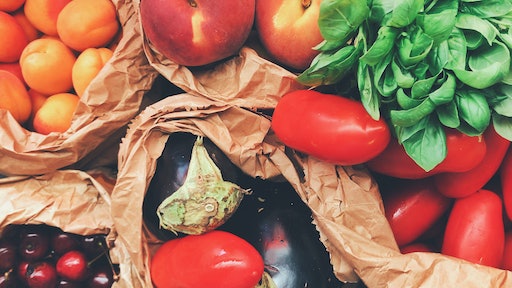 Mori has raised $12 million in Series A funding, led by Acre Venture Partners. The round attracted new investors, including Prelude Ventures, The Jeremy and Hannelore Grantham Environmental Trust, and ACCELR8 as well as returning investors The Engine, Refactor Capital, Closed Loop Partners, Blindspot Ventures, and The Fink Family Foundation.

Mori’s technology is extracted from silk through a water-based process and has the unique ability to form a natural protective, edible, and tasteless barrier on a wide range of food items, including whole produce, cut produce, meat, fish, and processed goods. Mori’s silk protein allows food to stay fresher for longer by preventing oxidation, improving water retention, and slowing microbial growth.

Formerly known as Cambridge Crops, the company rebranded to Mori to better reflect the breadth of the technology core to its mission. The naturally occurring protein forming the basis of the company’s protective barrier comes from Bombyx mori silk, which has evolved to protect life against the elements. Mori has developed methods to give the same protection to food.

The United States alone wastes around 40% of the food it produces. Globally, food waste corresponds to an annual loss of $2.6 trillion. Mori seeks to recapture that lost value and decrease the amount of food going to waste.

“We’ve been impressed by the progress of the Mori team, and the flexibility of the technology sets them up as a very attractive solution for both food and agriculture companies. Food waste is an extraordinary challenge, both economic and environmental. Mori provides natural, well understood and cost effective solutions across various stages of the supply chain to combat waste,” said Lucas Mann, Managing Partner at Acre.

“We often ask ourselves about what we can enable by extending shelf life,” said CEO Adam Behrens. “There are major implications across food waste, food access, freight efficiency, food quality, and even the packaging we use. All unlocked with a single, naturally occurring protein.”

When discussing the new company name, Behrens adds: “we wanted our rebrand to reflect our technology’s origin in a clear and honest way. Just like honey bees make honey and beeswax, Bombyx mori make silk.”

Mori has obtained Self-Designated GRAS (Generally Recognized as Safe) status, set by the US Food and Drug Administration (FDA), for its silk proteins to be used in a wide range of food applications. The GRAS Self-Designation process acknowledges the acceptance of food and beverage ingredients and requires the approval of an Expert Panel. Mori’s Expert Panel, made up of leading toxicologists, nutritionists, and allergists, unanimously concluded without reservation that the silk protein is safe for everyone to consume. Further certifications from the FDA and USDA are expected in the coming months.

Mori’s protein and its applications benefit from a strong intellectual property portfolio. The technology is currently protected by 20 patents, 25 patent applications, and numerous trade secrets worldwide.

Mori intends on using the funding to build out its manufacturing capabilities and continue to develop commercial partnerships in multiple food categories.